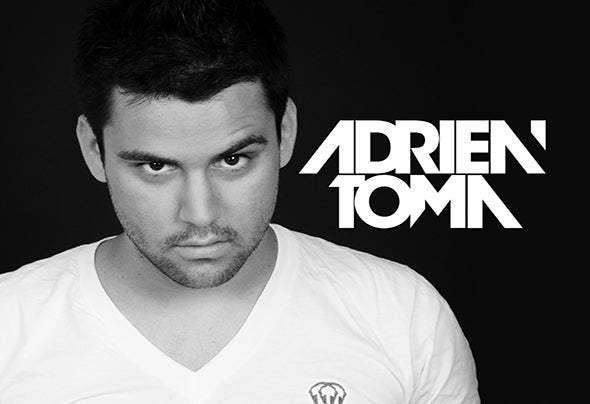 DJ, radio host, and musician Adrien Toma is the full package. Son of a nightclub owner, it all started with the drums at the age of four, moving on to discover the decks at the age of eleven. His interpersonal skills and legendary personality led him to join a Radio School in Paris back in 2006. With this experience and the support and admiration of his peers, he was spotted by the famous radio station "FUN RADIO" in 2008 to become host and DJ of the Nantes antenna where he also became monthly resident DJ and the established LC Club, the most famous night club in the region. Adrien makes a name for himself by combining his three diverse talents : turntables, drums, and presenting. He lists his status as "DJ- percussionist" and soon became a resident DJ on the national airwaves of “FUN RADIO”. Since 2010, you can find Adrien pioneering "PARTY FUN" the number 1 dance show in France, on Friday from 7:00pm to 8:00pm and also alongside DJ Quentin Mosimann on Saturday nights between 8:00pm and midnight, who is ranked among the top DJs in the world. In addition to his DJ / Radio presenter status he is followed by a large community of music enthusiasts, he presents live shows with a DJ percussion mix in many clubs throughout France and currently dedicating his time to producing and finalizing some official remixes that will be available for official release very soon. For those who do not yet know his work and his awesome live presence, the answer is on the dancefloor people!