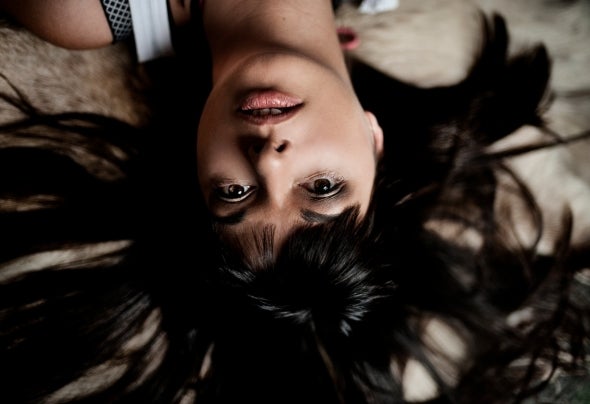 Even though being the lastest discovery of the Bar25 Musician Crowd, Mira is by no means a newcomer. She has enthused her front row followers with her expressive minimal house sets for already more than a decade.With female easiness and musical depth she takes on the task of going further than striking superficiality: "always the best" is not only Miras front row slogan, but also a personal challenge and a path chosen with passion. She has made her hobby a profession.With the support of Rec de Weirl and his artist collective Lanetic Mira has been shaping the non-profit tech-house scene of eastern Germany substantially since 1996. The SMS Festival hosts one of the biggest stages in the music scene of middle Germany and Mira has been playing her individual sound there constantly and loyally for more than ten years now.Despite the fact that Mira does not like to view herself as an organizer, with her Leipzig party series Toenstoerung she created a platform for many talented artists and colleagues of her time - such as Marcus Meinhardt,Anja Schneider, Daniel Dreier, Nick Höppner, Philip Bader and many more. This not only proofs her keen sense of style; it also brings joy to look back on her innovative selection of music, on which both her development and her success are founded.Miras settling down in her musical Mekka Berlin brought to us unforgettable, emotional summer-sets in Bar25. Since 2011, a new playground named Schachmatt has been continuing the tradition of Miras avantgardistic, expressive and extremely danceable underground sound. In collaboration with her artist colleagues Britta Arnold and Steffi Lotta she also creates space in the capital for new trends and talents.Behind the decks Mira convinces with an extraordinary sound and with live-mixing skills that have reached perfection over the years. Whoever witnesses Mira dj-ing will be enchanted by her sets that go under one's skin. Miras grooves are warm and sexy. They touch the heart and rock the floor. Girls'music? Perhaps. "The future is exciting", she says.In 2012, at long last, she will have some new releases and there are futher projects to follow. We keep looking forward to a breath-taking Mira-summer behind the decks and on vinyl.