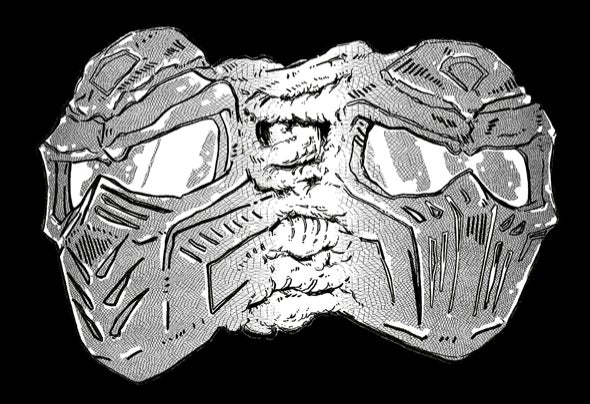 The Cyberpunkers, in their own way, have captured what Cyberpunk is in the modern era. Through their performances at highly produced clubs & festivals around the globe, they’ve become an international name, one which has helped dene the crossover between contemporary sounds and an unforgiving, upfront musical mentality.  All their music is produced entirely by them in their studio in Milan (IT) from sound design to production until finalization.  Their identities are hidden through a masked look which they've donned since the beginning. This is gave them a unique style, something that is a fundamental part of each one of their sonic offerings.  The originality of their shows is also a stand out part of their dynamic, with the use of two consoles at once, powered by several audio machines, captivating people over an era.