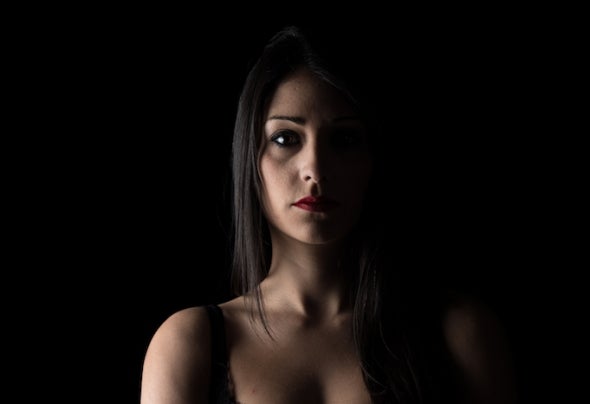 Talking about Sara Krin is talking about strength. From an early age Sara discovers her interest in music. At age 9 she begins with music lessons and never leave it until age 17 when she purchase her first equipment. She learned herself playing with vinyl. After years of practice, in 2014 her passion share that feeling that produces the music and she decided to study musical production. Despite being a lover of all kind of electronic music, she loves playing Techno music. Sara Krin has a great potential, in addition to producing her own tracks, reaching the 20th position of the world's best top 100 of the Techno genre list in Beatport with her 'Resistance' EP released on 2019 with IAMT label from Spartaque and receiving the support from Paco Osuna, Cristian Varela, Luigi Madonna, Hollen, Sisko Electrofanatik and Dexon among others. She shared cabin with big artists and has been playing in many cities as Colombia, Germany, Spain and many others. From her creations to her work in the cabin, Sara detaches a lot of energy and strength with melodic and forceful tracks. The constant development of her ensemble and passion makes her undoubtedly one of the most emerging gures in the current electronic scene.