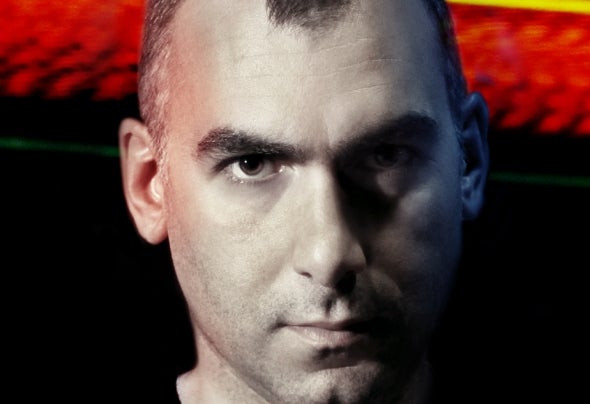 “One of the most excited upbecoming DJs and Producers, his name is Ferhat Albayrak” Carl Cox, Global Radio Show 425, May 2011Born in Istanbul in 1977, Ferhat Albayrak is a passionate Techno-Head since the beginning. Techno is the best genre for him to express himself in the object of the beat.Istanbul; a city of chaos and diversity, reflects and forms the basics of Ferhat’s Sound in terms of dynamism: distinctive, seductive, innovative and Technologic with soul.Ferhat started DJ’ing professionally in 1996 in Istanbul and took all the steps from radiowaves to clubs, from events to festivals and became an experienced & requested Techno DJ in Turkey, playing alongside of Superstars like Carl Cox, Jeff Mills, Tiesto, Paul Van Dyk, Mauro Picotto, Dave Clarke, Marco Bailey, Christian Varela, Samuel L. Session, Miss Kittin, Max Graham, Benny Benazzi and many others...But lovely Turkey has never been enough for him and in order to be recognized globally he started the shaping and molding of his own productions in 2006 and tried to share his music overseas.His music started to be released in 2007 by several labels like Restructured, Advanced and *Cutz, thus taking the attention of “Mighty” Carl Cox and his first appearance as a producer was on Carl Cox’s “King of Clubs, Six years at Space” Double-CD Compilation, with his (in Mr.Cox ‘s words) wicked track “Let the game begin”. This track has been supported by many Techno stars worldwide, led by Carl Cox, well before release.It was a milestone for Ferhat and soon he was “Guest DJ of the week” on Carl Cox’s respected international radio show “Global” in June 2007, broadcast on 21 different countries’ radios as well as a huge online following, and taking massive feedback worldwide since the program has been all over the world.Mr. Cox continued to support Ferhat by featuring his track “Giga Tanz” on his “Ultimate Compilation” released in February 2008 by Ministry of Sound and Universal Music. Ferhat’s global career has been accelerated by his taking part in world’s biggest dance music festival “Global Gathering UK” in July 2007, alongside the biggest names in the industry. In 2008 he has been invited to “Giant” Love Parade in Dortmund, running and compiling his own truck team with his friend Max Van Der Rose. The Truck, named “Turkish Delights”, got huge support alongside the 36 different trucks at the Love Parade.Without any doubt, his biggest gig was in Space Ibiza on August 2009 alongside Carl Cox at the main stage and this set opened the doors to Ferhat in becoming a global DJ.In order to spread his sound to more people, Ferhat established his own label; Jeton Records in 2009 with one purpose; imprint quality Techno hits to the space. The label, also the home for his own records and remixes, comes with the mission of being a global home of extraordinary and uncommon records from the créme de la créme artists and from the best of upcoming new breed.Currently, Ferhat is spinning his regular radio show on FG 93.7 mhz in Istanbul every Saturday night between 04.00 and 06.00 A.M., for more than 8 years.Ferhat is quite confident about his future global career with his ability to produce “never done before” tracks and his talent in controlling the crowd and giving them what they really want.Respected festivals spinned at2011 Electronica Festival, Toolroom Knights Arena, Istanbul, TR 2009 Space Ibiza, Carl Cox Join Our Revolution, ES 2009 Global Gathering, Istanbul, TR2008 Global Gathering, Istanbul, TR 2008 Love Parade, Dortmund, D 2008 Winter Music Conference, Miami, FL, USA 2007 Global Gathering, London, UK 2007 Winter Music Conference, Miami, FL, USA 2007 Electronica Global Gathering, Istanbul, TR 2005 Electronica Festival, Parkorman, Istanbul, TR 2004 Electronica Festival, Parkorman, Istanbul, TR 2004 Dance White, Parkorman, Istanbul, TR 2003 Bughole, Solar Beach, Istanbul, TR