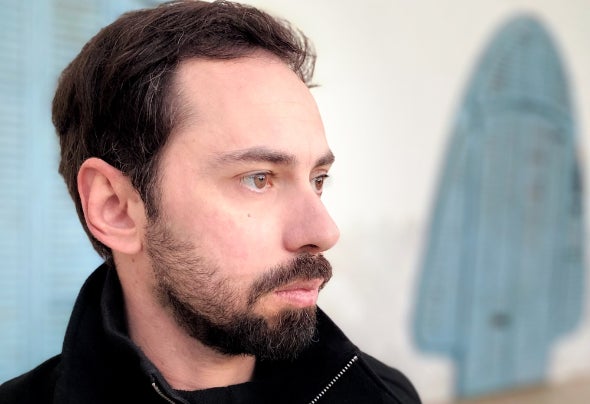 Reinaldo Marcel Lopez Pagavino, better known as Marcel Reix, has been an artist, DJ and producer of electronic music since 2002 and based in Barcelona for a decade. Throughout his career he has had an immense passion for music, especially for Techno, Tech House, Break Beat and its melodic branches. His vision and perseverance has let to master his sound and production technique, which allowed himself to sign tracks on labels such as EI8HT, Kraftek (Pleasurekraft's label), MB Elektronics (Marco Bailey's label), Stereo (Chus & Ceballos's label), Pornographic (Cristian Varela's label) just to name a few. His recent hit is a track titled 'Fast Lane' which he recently released on Eats Everything and Andres Campo's EI8HT Records, which landed well on Beatport top chart, also appearing twice in a row on the prestigious Essential Mix BBC Radio 1 podcast. in November 2021 thanks to Sam Paganini, and December thanks to Alan Fitzpatrick. Also the talented Charlotte De Witte has featured this track on her Kntxt podcast (5th edition) and on her Beatport chart titled "Memories of 2021" adding it to position number 2. As well as being played by various artists such as: Pan - Pot, Shlomi Aber, Ben Sims, Marco Faraone, Anja Schneider, Marco Bailey, Christian Smith and many more around the world. Previous productions such as El Diamante or Boost Pump had strong support from artists such as: Dubfire, Adam Beyer, Nic Fanciulli, Paco Osuna, Nicole Moudaber and lots more. Now he is focused on creating his own music catalog for the next two years.