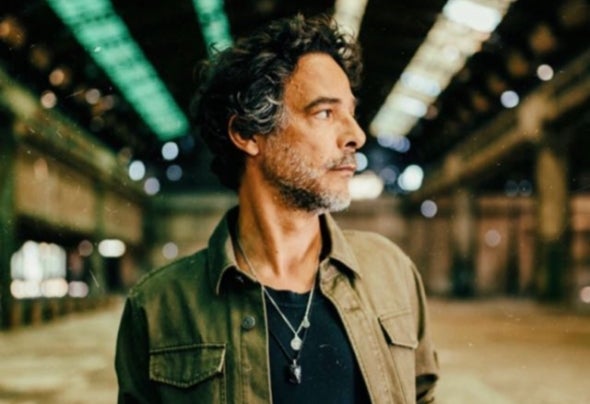 Aka To Pereira, started mixing at the early age of 15 years old. Since then, he is involved in all kinds of music activities from DJ to production. The 90's, Vibe created “Underground Sound of Lisbon” production project with Rui Da Silva. They also created with Antonio Cunha the 1st Electronic label in Portugal KAOS RECORDS. USL had their smash hit “So Get Up” reach #1 on Billboard Chart selling over 40.000 singles, and more than a million on compilations with Tribal America Records. In 1995, British Muzik Magazine first edition named DJ Vibe and the Kremlin, portuguese club “A Paradise Called Portugal". His excellent mixing ability and style playing a wide range of Dance Music with his set had made him unique! The track "Are you looking 4 me (in the backroom)" introducing Celeda, bumped right into #35 at US "Billboard" Chart (March 1998) and won a position among the 75 singles of the year chosen by British Muzik Magazine in 2000. USL single "The lights" was considered one of Miami's top 10 tunes by British DJMag and British DJ Mixmag voted it single of the April edition. Back in 1998, Tó Pereira was invited by Twisted America Records to mix the second volume of the compilation series "Mix this Pussy", and two years later the story repeated itself, this time with an invitation from the English distributor Intergroove, who challenged him to make a compilation, "International Grooves", aimed at recording markets such as the United States, United Kingdom and Germany. In 2004, Yoko Ono was #1 on the “Billboard” Dance Chart with the DJ Vibe’s remix “Everyman...Everywoman”. After 4 years in a row entering the DJMag Top100 Chart, DJ Vibe achieved the 40th place in the 2007 edition. In 2020 Dj Vibe created his alter ego ANTOS a new approach with new Universe, a new rhythm of Indie,Deep Dance and Psychedelic style. The New Project starts with an Ep "Salve" on Do Not Sit On The Furniture Label.