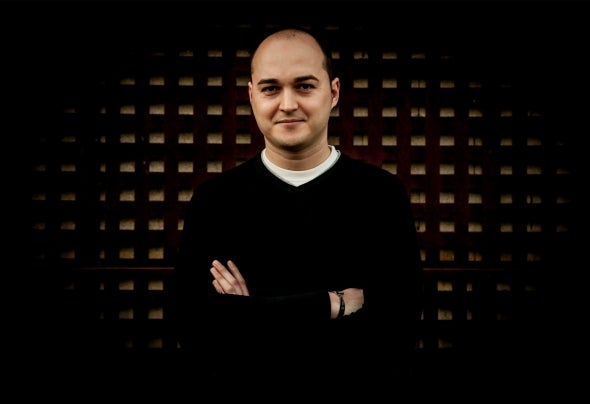 Johann Smog was born in Cartagena, a town in south-east Spain. His interest in music began after his first contact with the electronics sounds of the 90’s.At the beginning he was only interested in the productions and wanted to know how make the kind of productions that he so admired. Combining a normal teenager’s life with his interest in music production techniques, he began to learn production techniques becoming an autodidactic producer until reaching his goal; arranging and creating his first productions at a Home Studio. Unfortunately, when he reached his breakthrough with the creation of his best productions, an innovative original sound in his new professional studio, the industry changed radically. This change in the industry and his recent interest in the deejay movement gave a whole new twist to his life, pushing him into making his own DJ set and initiating his recognized role as a deejay. He now lives in Toledo, a town in the centre of Spain, very much influenced by the electronic music culture right from the beginning and growing throughout the area. His sets, as well as his productions are a mix between his present Techno influence and the characteristic rounds of his native S.E. Spain.In his role as a well known deejay, he has played in the best events such as: KLUBBERS DAY or ELECTROMAR and is part of the NAT ÜRA group, a great event which following their launch in the summer of 2011 landed them a place in Family Club, one of the best clubs in Spain, where they played for over a year.After his Reset Club residence of almost two years, he played in different clubs, being the performer in the first opening night of the renowned Metro Dance Club (Bigastro Alicante) where he co-starred with Hector and Loco Dice in 2013 while later performing in the same Club on New Year's Eve 2013.After exploring the music industry, he began to collaborate with Click-on Music, where he began to work as A&R on the DarkSide Black, label that saw him reborn as Johann Smog with “Dizzy partridge EP”. This track was charted by UK group SLAM. Under this label he has released tracks supported by great artist such as Richie Hawtin, Marco Carola, Paco Osuna, Dubfire, John Selway, The Junkies, Marko Nastic, Maetrik, and more... He also collaborates as A&R with Luis MF on the DarkSide Black and Family Club 1995 labels, the latter being a great project based on the great Family Club.Although he started all his releases with DarkSide Black, he occasionally released his productions simultaneously with labels such as Datagroove Music, Loudness Records, Fines Cut Records, 808 Recordings, ExpMental Records, Cubic Capacity Records, Real Records, Kerala Music. To be noted is his “SLEEPLESSNESS EP” release in Dec 2012 on the Local Music label, “Time World” track on “FACTONAMIA DIGITAL SUMMER SHOT S” on the Factomanía Digital label,”Forty-two” on the Family Club 1995 label, “WHAT T HE WIND / BLOOD DRIVE” published by Phobiq, “STORM STONES” track included on the “RXXISTANCE ‘THE ANIVERSARY’” by the mythical Rxxistance techno label or the “SHACKLES OFF EP” published by Be One Records, which although not being first track included in Richie Hawtin sets, was the chosen track for the Enter Week #10 video presentation in Sept ember 2013.