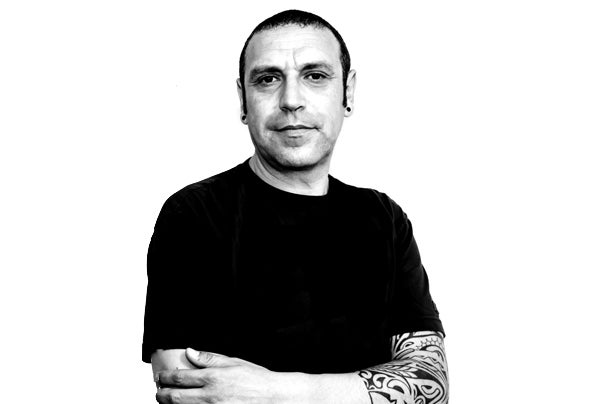 It is one of the best known and respected names in electronic music today and in the club scene by both the increase of his career in time - more than 20 years as a DJ to which must be added his new role as a producer - so eclectic as their sessions through techno to house without forgetting the warmest springs dance music of the moment.He began his career as a DJ in the early 90s, after working and managing several rooms in the downtown area founded with fellow Family Club project in 1995 becoming the main reference of the room and taking it to be one of wards known and emblematic Spain.His work has been recognized as a DJ on the scene both nationally and internationally. He has performed at all the major clubs in Spain as Fabrik (Madrid). Code (Madrid). Metro (Alicante). BCM (Mallorca). Moog (Barcelona). Copera Industrial (Granada). Pagoa (San Sebastian) ... and outside our borders ... and in all the festivals best known as Klubbers Day, Satisfaxion, Desalia, Festimad, Shanghai- London ...Its special insight and understanding music style and dynamism of their mixtures are giving way to surprise always explosive sessions on the track and at the forefront of the latest trends.Currently is involved in several projects, among which we highlight its AR on the seal as Darkside Black, where much of his published works, also works for other labels like Local Music owned by The Junkies and owned by Sasha Carassi Globox among others all this coupled with its newest project nature and residency in Family Club room.