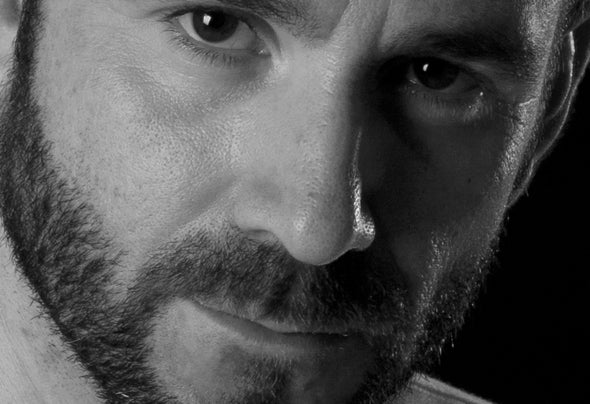 As a standard-bearer of techno played every weekend in Metrodanclub in the south east coast (Levante), which has seen it grow and evolve since his transfer from the Catalan coastAt the age of 11 he immigrated to Levante land with and has since been in its electronic scene one of the principal leaders, fervent advocate of sound club, Ivan Serra, was crowned as a benchmark for many national djs who begin t oday in t he elect ronic birt h.In the year 2002 focuses on his role as a producer with Javier golo and bot h play vent ure project wit h 2 Rare People. With his first maxi time (dpress industries) go directly into the major European charts, Oxia, Mark Broom, Pascal Feos ... and later publish some works in the French Label “ Wicked Music”, owned by Jack de Marseille. In Dpress industriesunt il it reaches it s album in Blackout '77 "Naked Body" with which reaches a significant success of critics and public .After several years of tireless and non stop activity, decides to make a short break and focus on his residence in Metrodanceclub to return with renewed energy to the prdoduction study in which is involved close to Chooice immersed with different projects in various nat ional and int ernat ional labels