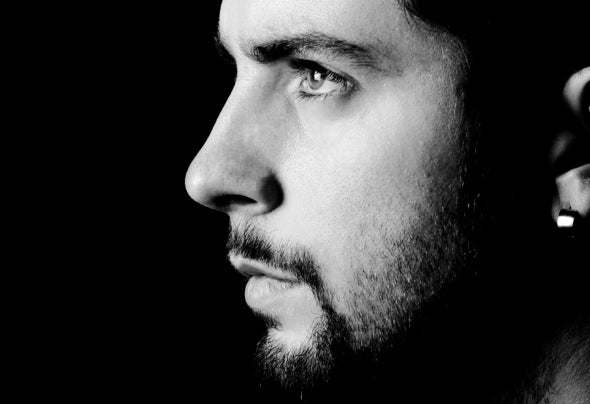 "Dezibelo" apears at the beginning of the year 2010 like a musical duet after a series of great efforts and ideas for realize a serious Techno style music project. Actually as a solo artist and with a prestigious name and fame with a relative importance in the electronic music scene in Spain, Dezibelio begins to appear in some of the best electronic festivals and events in the country in 2012. Dezibelio is a brand created, direct and managed entirely for Roberto LLoreda Cruz (Robert Cruz), who decided to undertake this new journey with its extensive experience in the music industry as a producer under others pseudonyms. He also count with the support of his studios like sound technician and technical microcomputer DJ - Producer specialized and advanced synthesis from the most recognized Spanish school sound (Microfusa). Currently, Dezibelio has a solid career, a remarkable series of launches in the market edited various stamps from across Europe, and more than thirty new productions ready to go in most of the best labels of the moment with great artists from around the world. It was early 2012 and the culmination of that project was born when DZB Records, a label style Spanish Techno with worldwide distribution which now has incredible work with artists from around the world who have helped among other things, in just exceed expectations seals months based in Techno industry for years. Dezibelio and DZB Records are now definitely two of the big new names from the electronic scene in Spain. For more info: www.dezibelio.com