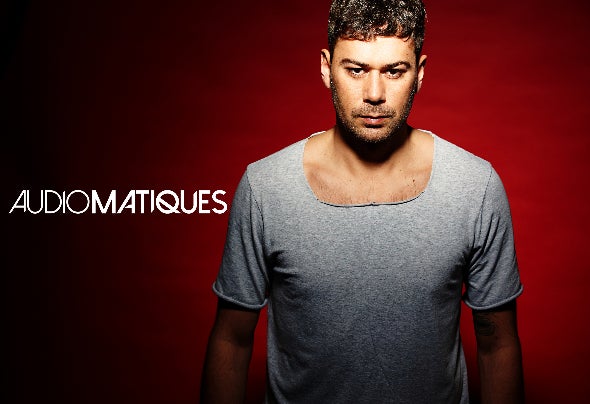 Audiomatiques is a techno artist with a peak time style that fuses high-paced rhythms with dark atmosphere and infectious melody to create a solid groove with hard-hitting percussion. Regularly releasing on influential labels like Unrilis and Loose Records of which he is also A&R, along with the likes of Codex, Octopus, Respekt and AnalyticTrail, he has an international fanbase making him a popular DJ booking who has played sets everywhere from America to China, including events and festivals such as Cosmo, Social Music City, Elrow and Output New York. Originally Audiomatiques started out as a duo, but it's now the solo project of Marco Conte who was born in Italy and currently lives in Spain. Having held residencies at the long standing "International Talent" nights in Italy, he has played main events in places like the world-famous Old River Park and Metropolis Club. Audiomatiques has perfected his skills behind the decks and that innate knowledge of how to enrapture a crowded dance floor also manifest inside the tracks he makes, leading to regular support from big name DJ's such as Richie Hawtin, Adam Beyer, Sam Paganini and many more. Still early in his career and widely considered one of the most exciting artists in techno, the Audiomatiques name is always one that should be watched out for on event flyers and posters.