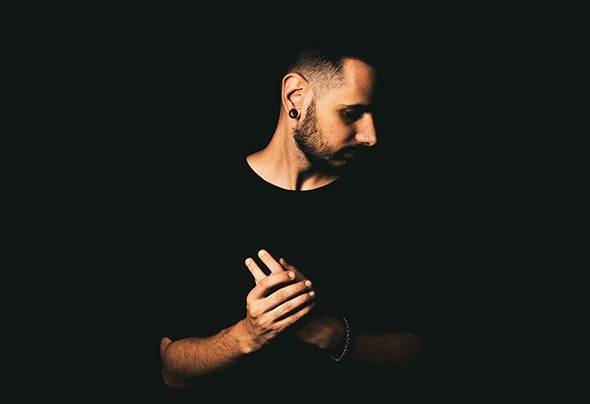 Born and raised in the eclectic city of Barcelona, Dave has spent his life listening to a huge variety of music, experiencing different genres and styles and playing them for a long time, soaking a wide range of musical influences until 2013, when he decides to capture all that inspiration in the shape of modern techno. Banging but deep, melodic, atmospheric and hypnotic, his own sound shows his versatility and signature style at the same time, giving soul to his tracks while always keeping an eye on the dancefloor.His debut EP lands in December 2015 on Gabriel D’Or & Bordoy’s Selected Records, getting even featured on Adam Beyer’s Drumcode Radio Live. Only 18 months after, his tracks have been signed on some of the hottest labels in the Techno scene such as Suara, Unrilis, Kraftek or Loose Records, hitting the Top100 charts and getting real support and plays from a huge variety of top- notch artists: Carl Cox, Monika Kruse, Jay Lumen, Alan Fitzpatrick, Sam Paganini, Oliver Koletzki, Umek, Kevin Saunderson, Mark Reeve, Enrico Sangiuliano, Luigi Madonna, Markantonio, Bart Skils, Roberto Capuano, Karotte, Cristian Varela, Sasha Carassi, Timmo, Ramiro Lopez, Arjun Vagale, Raffaele Rizzi and the list goes on. He has also collaborated with other producers like the Dutch rising star SAMA and the Spanish beloved and stablished player Andres Campo.As a Dj, he’s got one and only goal whenever he is behind the decks: never allowing the crowd to stop while delivering a meaningful sonic experience. Sinner has already played at BCN’s Elrow, Florida135, City Hall, The End of the World Festival, KGB and La Cova, and he has even started to cross the borders to play at some clubs in the south of France and Andorra.The road has only just begun for Dave, who’s eager to keep pushing the boundaries of his own sound beyond its limits and trying to leave a mark on the scene, with a beginning as hard-hitting as his has turned out to be.