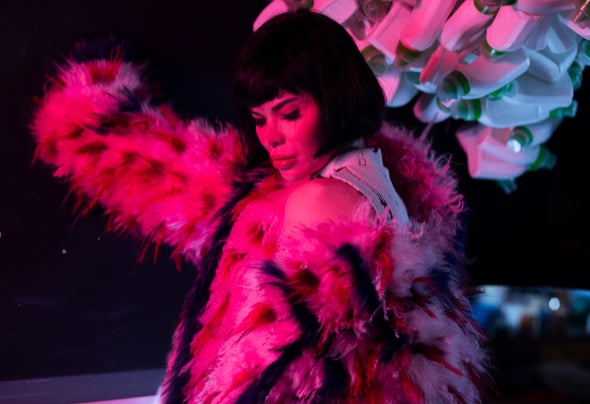 It was whilst studying Philosophy at Cambridge University that Charly Schaller had her first encounters with techno music, taking weekend breaks to visit the hallowed turf of Berlin’s techno institutions and realising quickly that the answers to those existential questions can equally be found on the dance floor as they can in the lecture theatre. It was the beginning of a love affair with techno and it’s harder-edged subgenres. Fast forward a few years and Charly was playing regularly at the likes of About Blank, Griessmühle and Arena Club. 2021 saw her first release on He.She.They with Rekid’s label boss Radio Slave stepping in for remix duties, as well as the launch of her own event series at Zurich's EXIL with guests including VTSS, Somewhen, DJ Spit, Rikhter and more. With an upcoming EP on Pan-Pot’s Second State imprint and inclusions on VA’s for LAP and DURCH labels, Charly’s music chews up and spits out the concrete foundations of Berlin’s underground, combining avours of industrial, hardcore and trance with hints of hip-hop and latin to create a sound that captures the genre-less zeitgeist of the next generation of electronic creators.