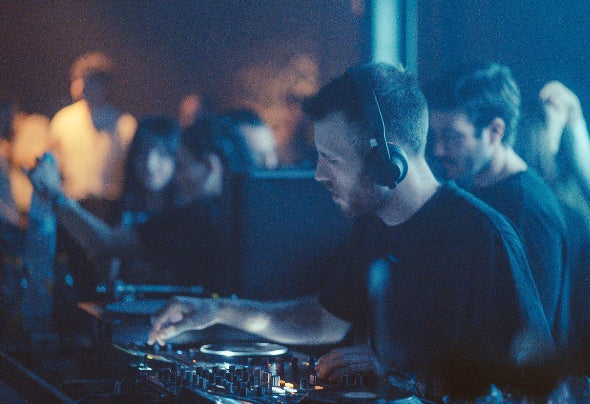 Italian artist, originally from Caserta, Giovanni Carozza expresses his passion for the music through Hard Techno, Melodic and partly "Old School" sounds. He began his musical journey, studying music at a conservatory in his area, and then landed in the "Electronic" music world following the footsteps of his father listening and learning from his many DJ sets. In the course of his career, he experiment with various Techno sounds, until you get to today where the Dark, Fast and Old School sounds are now his trademark. His dj sets are characterized by a great eclecticism and very dark and energetic sounds, with influences from Hard Trance 90's, Phunk, Schranz up to the current sounds. His music has already been released on labels like: Dusk Records, Techno Wereld, Suara, Etruria Beat and many others, having full support from the worldwide Techno/Hard Techno scene. There is no way to understand his music, except to enter a world full of light, followed by moments of deep darkness.