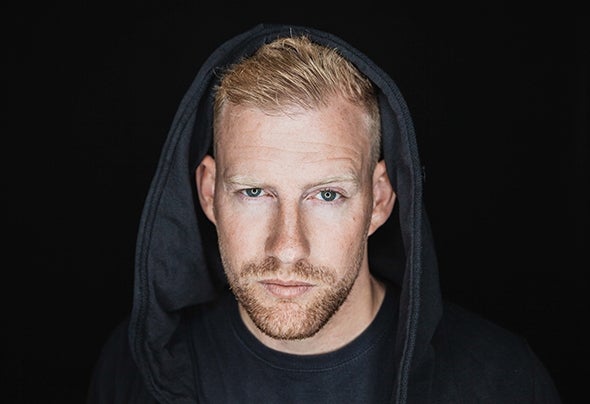 Pascal aka PETER PAHN, from Germany (Frankfurt am Main), is a motivated and talented techno Producer and DJ. Defined by his timeless ‘marching and driving’ sound; PETER PAHN productions feature his trademark hypnotic self-recorded looped vocals that capture crowds, his catchy melodies epically escalate mood, all while accompanied by his skillfully applied deep baselines that keep audiences grooving. Debuting with “Disefect” on the Italian “Gain Records”, he quickly gain acclaim by winning “Best Producer” for the associated contest of the “Gain Series Vol. 16 - ADE Sampler 2019”. PETER PAHN continued to quickly gained worldwide recognition for his “Disefect” track, including receiving endorsements from: ‘Richie Hawtin’, ‘Joseph Capriati’ and ‘Drumcomplex. Drumcomplex later contacted PETER PAHN offering a contract to produce a remix. The results of this collaboration resulted in the release of PETER PAHN’s first EP: “The Holy Gid EP”, featuring the excellent Drumcomplex remix of the title track. In 2019, he joined as permanent member of “Wir sind Verboten” (Teenage Mutants), a collaboration of techno artists that are enthusiastic about PETER PAHN’s potential as both a producer and live performer. In October 2020 another ADE sampler followed on Gallya's and Metodi Hristov's label "Set About". The doors for PETER PAHN seem to open more and more. We can be curious about what is still to come.