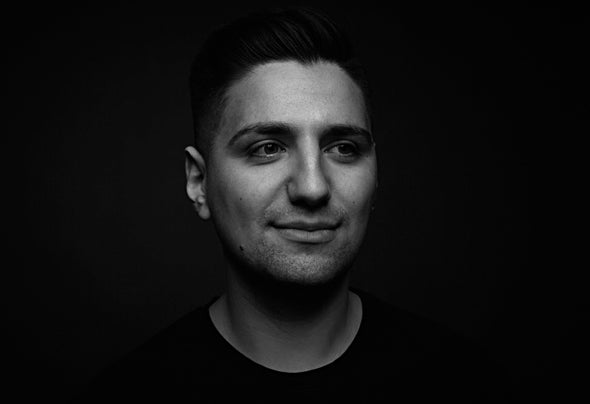 Anthony Castaldo was born in Napoli, Italy - a place synonymous with some of the biggest names in techno, and made a home for himself in London, United Kingdom. After seriously shifting his focus towards music in 2017, he has quickly built a reputation as one of the names of the future generation of techno artists, releasing music on Drumcode, Intec, Odd and Unrilis among others. He is always on the hunt for new sounds to widen his soundscape, constantly evolving but remaining true to his origins, both in the studio and in the DJ booth. You can expect breath-taking low frequencies complimented by atmospheric sounds and deep but powerful melodies. The year 2019 marked a few milestones for Anthony, with his anticipated debut release on Drumcode, as part of the A-Side Vol. 8 compilation, and a wave of support for his latest productions by many techno heroes and friends, including Adam Beyer, Amelie Lens, Charlotte de Witte, Enrico Sangiuliano and Luigi Madonna. No stranger to a closing set, he played for some of the most renowned venues in the world this year, with highlights including Egg London, Sugar Factory Amsterdam and Pacha Brasil.