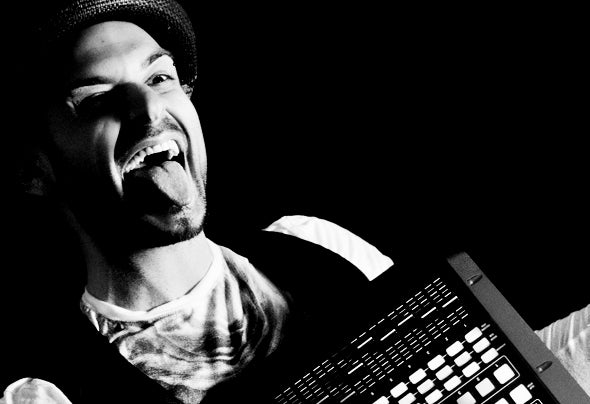 Frequent visitor of the techno environment of central Italy,in 2006 he joined the group Cosmo Productions where he was offered the opportunity to play in many Italian and European clubs such as Jaiss, Fortezza D'abbasso, BabyO, La Noche clubDuring this time he has the opportunity to establish contacts with some great artists from Croatian, German and Austrian hardtechno scene, and began to publish his first tracks on vinyl and digital under the name of Massi P.At the end of the hardtechno experience, from 2010, he renamed himself to Massi Paoli and takes a new musical path oriented to more tech-house and electronic vibes, choice that led him to work with two legeds like Francesco Farfa and Alen Sforzina for their label AudioEsperanto.In the course of these events he pass a large part of his time in professional studios, to gain atraining that would allow him to learn as much as possible from field experience, up toachieve an appropriate quality and an ability to get out in the prestigious "SoundOf Acapulco", historical and evergreen label drive by DJ Lucca.From the beginning, Massi, felt that in order to deliver its full potential, could not be confined toplay tracks already exist. He had to do more. And that "something more" was LVE .LVE is the new project through which want to get the difficult goal of usingthe enormous amount of material produced during the making of each track to create live,new rhythms, new melodies and new emotions during the execution of performace.The instruments used are two Akai controllers that allow him to manage up to 16 channels of audioAt the same timeAs you can see, every appearance is a story that has its own life