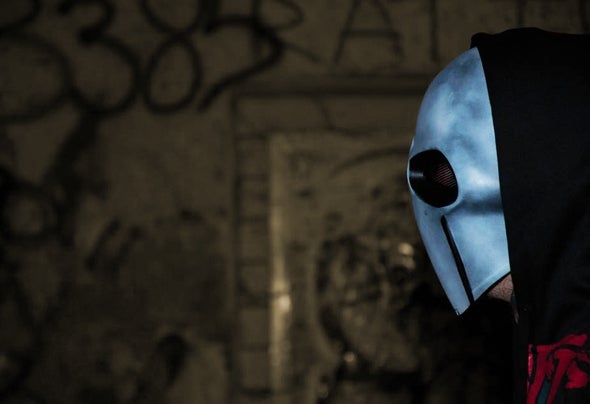 With his passion for techno the man behind the mask, PainTr4in aka Andy Ullmann, started his career as a DJ and producer in February 2012. Music was always the biggest part of his life. In 2002 he made first experiences with different types of studios, playing in a hardcore band at this time. The passion for dark, deep and dirty music was always around him. After 7 years of playing in that band, they broke up because everyone wanted to do his own thing. For him it was techno music. After one year of hard work, he finally found his style that is described as deep and dark pushing techno music. With his hard and consistent work he could then achieve his first single release "Motherfucker" (2013) on Weird Club Records. His potential is huge and his love for electronic music drives him to reach the goals he dreams and lives for.