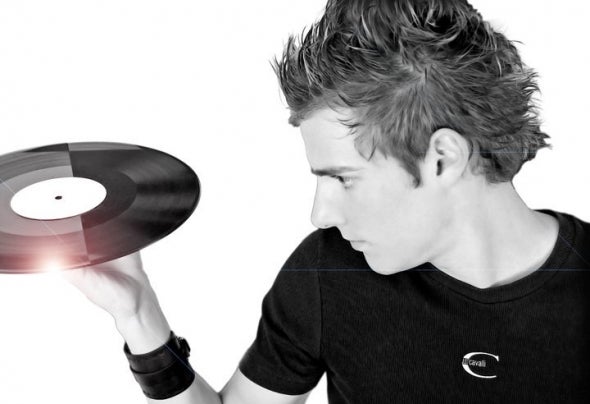 The Austrian has been addicted to electronic music since his early youth.After experimenting with different kinds of music, he was fascinated by Techno and House music and decided to buy his own DJ equipment. Through his outstanding talent in mixing records it did not take him much time to be booked to local clubs and festivals. Due to his unmistakable style of dj- ing he magnetized the crowd and found his own place in the Austrian House- and Techno scene.After his successful start as a DJ, he became interested in producing. At the moment he is expanding his international career and producer skills with the music association 'elmart - electronic music art'.In November 2008, Mike Absolom released his first vinyl single 'From Absolom to Heaven' on ’elmart’.A few month later, he did several remix projects for Mike Turrento’s ’Tele Commander’ on ’elmart’, Stefano Vozza’s title ’20’ on the Irish label ’Dublin Xpress Records’ and Rob Glennon on ’Nice &nd Nasty Records’ with other remixers like Orlando Voorn, Paul Mac and many more.His Euro-Techno EP 'Dark Ride' with the tracks 'Fuel' and 'Engine', and his remix of 'Doubledeckers' track 'Blue Horizon' on 'Dublin Xpress Recordings' is getting huge feedback. Ignition Technician ́s remix of his track 'Engine' was number two in Dave Clarke's Top Ten.Remixes for Ignition Technician and Dj Kamikaze followed.