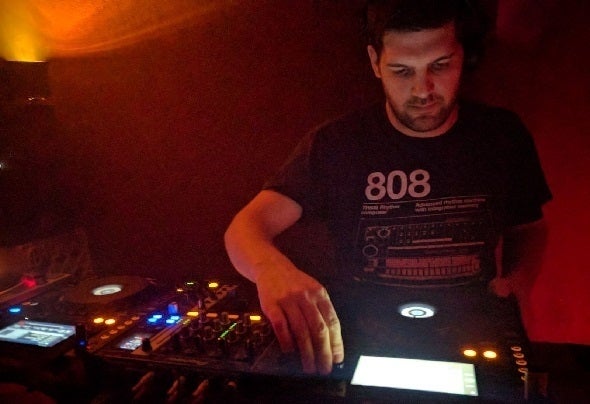 Rick started to dj in his early jears and played together with friends for the whole youth in his village at their own organised parties. In the beginning, they spinned CD`s, but with his first salary he bought two turntables and a mixer, so he could start to practice with vinyl. Every week diggin in the recordstores, so his collection grew very fast. Many small gigs later and after building a partylabel with some friends (MINIM), they`ve entered the legal+illegal party scene and also the famous club Dachkantine in zurich. MINIM invited a lot of big names, such as Paul Kalkbrenner, Rob Acid, Gabriel Ananda, Tobi Neumann, Paul Brtschitsch, Matthias Tanzmann, Konrad Black, Tigerskin, Gallopierende Zuversicht, Eli Verveine and many others. After the closing of the Dachkantine the partylabel MINIM splitted up and Rick went for a jear to Barcelona. He came back and started a new job, which allowed him to buy a lot of records, but not to go out on the weekends. So he focused more in production. In 2014 he released his first digital EP on his own label Enara records. In may 2016 he released his first vinyl-only record on Enara ltd. Many digital releases followed and will be coming. Sometimes you can here him djing at smaller parties, still vinyl and rarely some digital tunes.