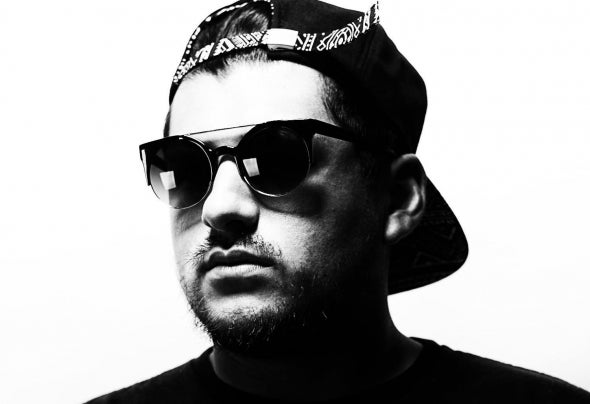 Born in Southside Chicago, Umbertron produces his first tracks at only 14 teen years old on his Acid software. Influenced by pioneers of ghetto house such as DJ FUNK or DJ DEEON, early 2000 he gets a full shot of the explosion of the juke scene and starts to promote his own parties. Always looking into the future, his musical productions can be seen as a bridge between European rave scene and juke ghetto house Chicago culture.After his hard-house remix of the EP of Street of Rage, He comes back on Booty Call Records with a furiously efficient project."Dump It" opens the EP and proves first thing the efficiency of Ignat style, vocal gimmick, synthesizers and heavy kicks makes it a true anthem, and then comes along the bewitching "Boy Get Down" with Molly Bass’s seductive lyrics. Then "Dat Girl Raw" 100% juke, featuring Dj Phaze fromBOTC crew will shake footworker’s feet and ladies booties, "Phreakz" hybrid Juke-Trap” gives way to 8bit madness to ingenious "8bitch". European Ambassador of ghetto-tech Kaptain Cadillac gives us a remix of "Dump It" colored as Trap-tech as he only knows how to do.As well as melodic than technic, Umbertron shows us the scope of his influences obviously from Ghetto-House Southside of Chicago, but also from Hard-House made in Underground Construction or Latin Freestyle.Totally Juke, within its festive meaning, this EP, with rave sonorities, will make happy sub basses lovers as well as party harder’s from all over.