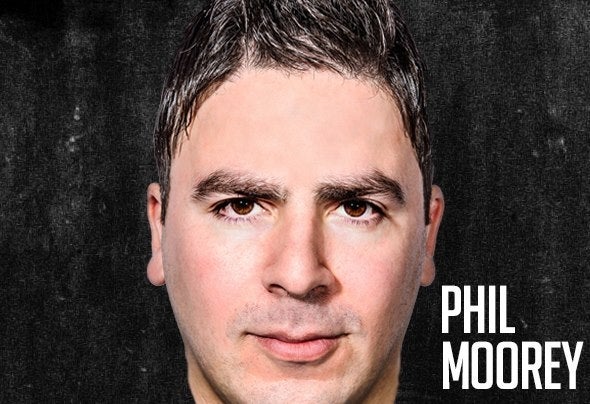 From the dance floor up to the DJ booth: Since 1999, Phil Moorey has spent countless nights on the dance floors of the Republic. If the beats roll and the light show starts to flicker, there was no stopping him. This enthusiasm and passion he has kept on the long road behind the decks. Let him play – and everybody goes crazy. He is his own best customer: As he drags the hook, of which some guests could cut a thick slice. Loving the euphoria of the moment and the life at each transition, which is characterized Phil Moorey out as a DJ. His secret to success is the meticulous preparation. He probably spends more time than others trying to find the right tracks for his energetic DJ sets. Since he is very critical in the selection and only select stocks that fit 100% into his set, you can rely on him at every gig that he will do an optimal performance. Whether at the end Tech, Progressive, Electro and Minimal House echoes from the speakers, is beside the point. The main thing the next beat pushes the barometer upwards continually. Finally, life is often enough a lame compromise – unless you are the DJ and master of ceremonies. No matter where he has played so far: The crowd ate it in the end always eager out of his hand. Happy and euphoric faces line always his way when leaving the stage. Since Phil is never really satisfied and constantly looking for new beats, he started to produce his definition of moving music. With increasing success: Now the ninth release AIRLESS with Coorporation Jay Frog is Out now appeared on Phil Moorey Records. The following Release called "MOVE ON UP " is also released. Two releases stayed more than weeks at the Download Charts. The Album with the Name LIGHTED is coming soon in Spring 2014. His previous stops in Germany include Park Café, Look, Mach1, CitCatClub Planet (all Nuremberg), Palais Club (Munich), Suzie Wong (Schweinfurt), Buddha Bay (Dusseldorf), U60311 (Frankfurt), Stage Club (Hamburg), Pulse (Hochstadt) and Airport (Würzburg). On the electronic island of Ibiza he has built up his own fanbase through his feeling for the right rhythm and the right beat. No wonder he has already sonicated places like the legendary Pacha with Ibiza House World, Grial, Scythe, Sands Beach Delano, Ushuaia, Bubbles and more at Global & Sonica Radio. And although his career as a DJ has just begun, Phil Moorey had the pleasure to share decks with the likes of Tom Novy, Phil Fuldner, Jonathan Ullyssess, Brian Cross, DJ Karotte, Fedde Le Grand, The Disco Boys, Guila Siegel or 2 Elements and to combine his unique sound with that of the other. He wants one thing and that is to prepare the guests for the best night that they ever had.