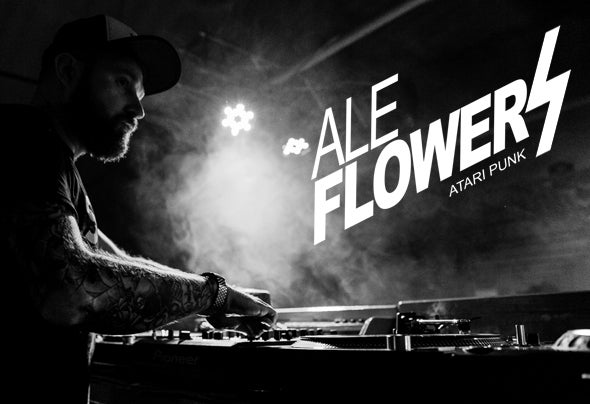 Ale Flowers was born in 1977 in Marostica, the "City of Chess", near Bassano del Grappa and Venice. Introvert and sometimes moody, tech house and electro house producer, on 2007 his productions started to be greatly considerated on the electronic national and international music world.The Ale Flowers productions are characterised of a strong electro-matrix, pealing sounds (nearly dark), aggressive and acid sinth on 4/4 but always respecting the harmony and melodiousness.The Ale Flowers Productions they are played in several countries as USA, Great Britain, Japan and Arab Emirates. Since 2008 he is resident dj of exclusive Red Room and Ice Cream parties, his djsets are regularly hosted at the Martini 47 in Nove near Vicenza.