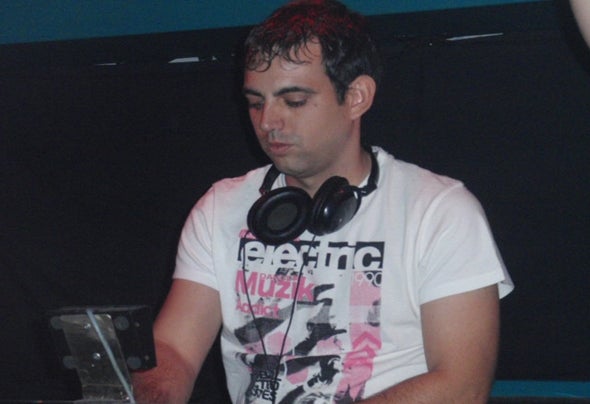 Dj and producer born in Madrid in 1983. His career started at a young age, with 13 years old he begun to make his first mixes. At 15 years old he had his own radio show and at 16 years old started producing with trackers and mix on different dancefloors of Madrid. He is called from private parties and raves where they begun to listen to his productions. He was resident in a couple of dancefloors for several years until he decided to quit to devote on his shop Roco Records vinyl. In 2008 with DJ Prano, they created Grooving of djs editing two remixes, one for an English label godiva-x whisper, and the other one for the famous label Prozack Trax remixing the great Cesar de Melero with the track "Hoy es Sabado." Later alone he put on sale Double Beat, Bang and The New World. In collaboration with Sergi Loop he produced Take control. He has been a resident of the dancefloor Jockin and has mixed in festivals like Supermartxe, 1996 el remember mas caro and the water party from Fabrik. He masters on several styles from deep to trance, also house and tech-house.