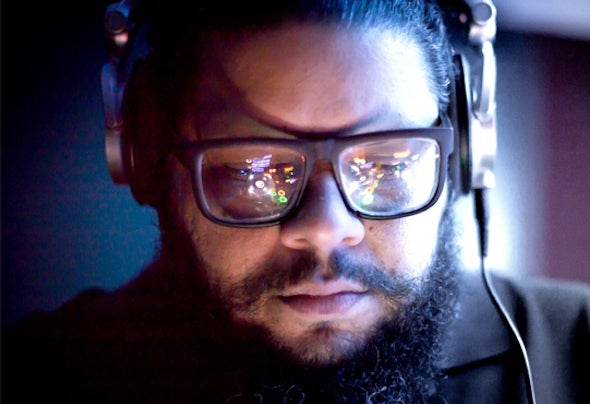 Manuel Miller is a dj, producer and remixer from the Dominican Republic, inspired by Pink Floyd, Herbie Hancock, Kraftwerk, Santana, Michael Camilo, Chuck Magnione and others. His carrer as a dj starts on late 1996, playing at private parties and local nightclubs on the island. His carrer as a music producer starts on 2000 creating dance music megamixes, those provide considerable positive results on the dominican national radio. Since 2001 he has produced and co-produced several radio shows like Santo Domingo Electronico and Sabados Neoticos at Neon 89.3 FM and Feel Electro Live on Radio on La Rocka 91.7F> (Local radio stations from the Dominican Republic), Latitud Grooves (dancelatinoamerica.com) and Latitud Sessions (dubradiopr.com). In other phase, in 2002 he start to make his own music. His first single "Dominican Groove" arrives on the radio and clubs on 2003, "Hearing my Roots" on 2005, Salsation 2009 then "Mi Mesa" on 2010 makes a great hit on national radio. On 2016 his track "Me llaman" hit the audience worldwide. Right now his music can be found on every music platform. In July 2004, Miller starts the first dj school on Dominican Republic with a personalized step by step method. He is working on his first album called "Dominican Grooves" a mixed album with 10 Original productions by himself. Miller starts a series of underground music parties every wednesday on 2014 by the name of Intensive Care Unit. Since 2015 he has a radio show called "Beatmatch Sessions" with non stop mixed electronic dance music, broadcasted on a local radio station named "La Rocka 91, FM". He's working with other dominican djs and producers in a racord label named Latitud Records, East Coast Groove and Chivirico Records.