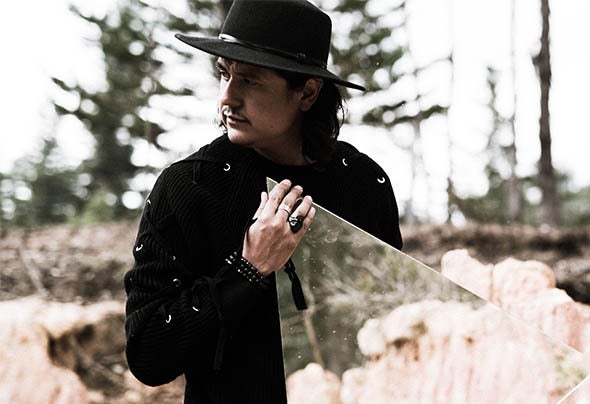 HONDO is a DJ and Producer from Bogotá (Colombia) Based in Barcelona Spain. His signature sound consists of a tribal and futuristic deep house experience. His DJ sessions are eclectic trips surrounded by mystery, magical realism and profound humanity behind the machines. As a Deeplomatic Recordings artist he has released a 4- track melodic deep house EP, under his real name, Harold Tellez, called “Nightwalker”. He is also the creator of Sonido Hondo (record label) and Danza Pagana (showcase) both artistic projects explore the cosmic side of electronic dance music. Hondo has shared the stage with iconic inuential artists with similar sounds such as Audioy, Âme, Damian Lazarus, Francesca Lombardo, Fur Coat, M.A.N.D.Y., Robert Babicz, Davide Squillace, Matias Aguayo to name a few. Proud of his South American roots, he is a nomadic artist in constant evolution and growth. Music for Hondo is a path of spiritual connection between nature and technology that inspires him to create enveloping environments in his characteristic Colombian style. He currently lives in Barcelona (Spain), working on new records in the studio and focusing on his role as an international DJ producer. . For bookings: booking@deeplomatic.com