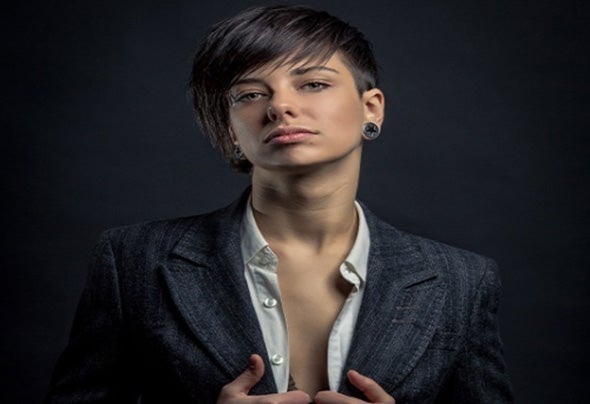 Lime Kid began her career by writing tracks in the style of breaks in St Petersburg. Arriving in Kiev, she began to work with the promotional group DJ'S AFT ERWORK. At this time, Sasha begins to take an active interest of dubstep style, playing it in their s ets . After s ome time, dj Tapols ky invited Sasha to play at the party, "DnB on Thursdays" at the capital club Forsage, after that Lime became a resident of the project.After the performance at the biggest festival Ideology Bass Fest 2011 and several esters in "Time2bass radioshow" on KISS FM, Sasha begins to broadcast her own "BASSLIME" on MFM, which is released every Tuesday from 20-00 to 21-00.She is the member of such festivals, as Ideology Bass Fest 2011, Kanevmania 2012, Dance Rush 2012, Energy Open Air, АТМОСФЕРА Festival, Global Gathering UA 2012.Sasha is interested in different directions, do not put such a framework and plays a style: dubstep, dnb, electro, electro house, dutch house, house, moombahcore, glitch hop.