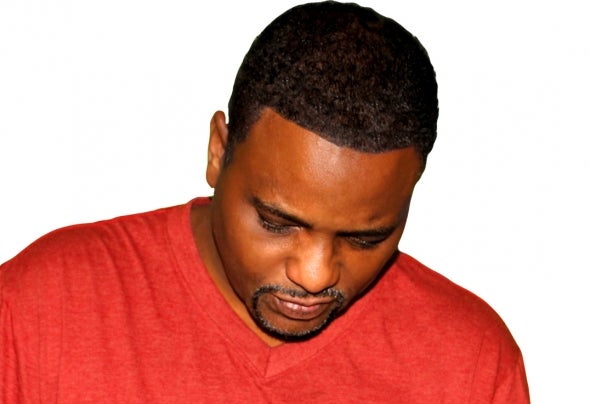 George Jackson aka DJ George J. was born & raised on the south side of Chicago, and joined the house music movement from the beginning of its roots. In the mid 1980's, inspired by the Hot Mix 5, George saved his money from doing odd jobs and working at a restaurant on weekends. With that money, he purchased his first dj set-up, honed in on his mixing skills and started doing local house parties in his neighborhood. George eventually became the label head for Silk Entertainment (owned by Steve "Silk" Hurley). He learned the executive side of the business and the creative side as well. It was also an opportunity for George as he remixed Ann Nesby’s rendition of “Lovin’ Is Really My Game (George's Deep Lovin' Dub)”. He also assisted Hurley on the remix of “Soul Shakedown” by Bob Marley, which was released on Koch Records (Canada) and then Grammy nominated in 2002. In 2002, George teamed up with Markeydisko (Diskonauts) and they produced a couple of tunes, "Lost In Hyperspace" (Diskonauts) and "Call My Name" - Sharon Pass & Greg Gibbs (Ruff N' Tuff), was licensed to Peppermint Jam, remixed by Richard Earnshaw, Shik Stylko, & Syke 'N' Sugarstarr. Under the name "DJ George J", he produced the UK dance anthem “Never Gonna Let You Go” (ft. Sevynn / Champion Records UK); which reached #6 on the UK Club Charts and went into pop radio rotation on the UK; including the radio shows of Pete Tong, Judge Jules and The Slammin Boys, to name a few. George was also one of the featured producers on the Chicago LP & DVD, joining forces with many other Chicago House Music hitmakers (past & present) and forming one of the greatest house music collaborations of all-time. His production of “Another Day” (featuring Xaviera Gold).In 2014, Markeydisko & George formed "MG Select". Together, they produced a hit in the making: "Love Don't Take Over" featuring CeCe Peniston that was remixed by the late, great Frankie Knuckles & Eric Kupper (also known as Director's Cut).