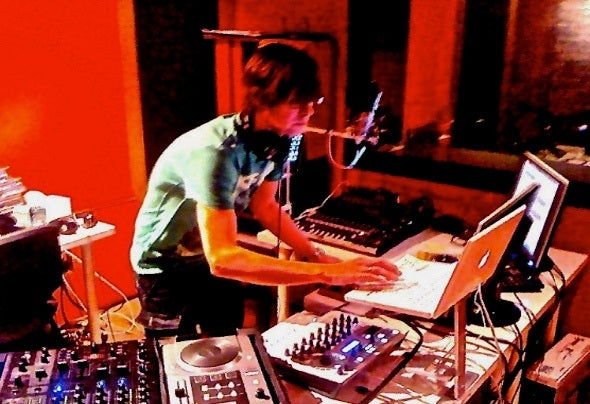 Fascination is what I felt when first approached through acabin of a nightclub. In 1993 he discovered a magical worldsomething it was love at first sight. I had always seen hisfather use disks, but in a different way. Accustomed togroups like Pink Floyd Alan Parsons, Mike Oldfield,Supertramp and Vangelis, classical music, rock, pop of the50s, 60s and 70s. Discover new music grunge and metal ofthe 90s plunges without any notion of mixing and has basedtest hours and a team of the most basic 3-year get their firsttest with a professional team in a room End call, a venuespecializing in electronic music classics. In which of his lackof experience is not passed the test and got more desire ifpossible to access the room. After two hard years with aresidency position in that room. He opened the doors andsometimes dark sometimes cheerful for various privateevents rooms scene of Madrid. Bored by the monotony ofvinyl in 2005 on a journey toward digital and composing hisown songs, also trying to do more cutting edge sets.Starting again from scratch, starts playing different musicediting programs deciding to study Masters in differentproduction schools, as the network division and laterstudies in the school of cice technologies by twoprofessionals like Michel Martin and Irene Vinader, studyingdifferent branches such as microphones, studio recordingtechnique, etc.. Operator'm also Pro Tools HD, Live andLogic. His musical tastes are varied electronics, from Deephouse to Techno such as Nadja Lind, Paronator, PaulKalkbrenner, Ricky Ryan, Stage Van, Stephen J Kross andothers. At present its rigorous sessions are live, riding hisown songs with a sampler and a drum machine, achieving aquality and a set that leaves no one indifferent.