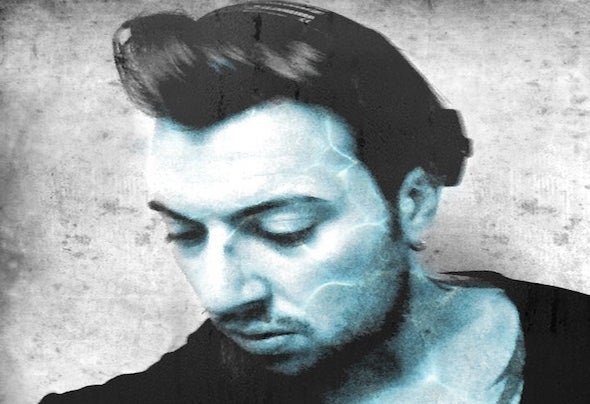 The DJ and Producer Technician aka Usualsuspectbro was born 1984 at Pomorie, a small town at the black sea coast of Bulgaria. His real name is Vlad Stoychev, and he has been interested in the electronic music for the past 13 years.Since the end of 1999 he bought a pc and turntables and start trying to mix. In the year 2000 he met dj Balthazar, JackRock and dj Steven (great names in the Bulgarian electronic stage and techno culture) and then he start listening to minimal and techno vinyls. In the same year he played at few parties in clubs around his home town and other clubs around Bulgaria.Few months latter in the summer of 2000 Usualsuspectbro featuring some friends organized open air mini festival at the biggest beach in Pomorie, (Bulgaria) and he played next to Andreas Kremer /Germany/ and DJ Boss /Slovakia/. In the summer of 2001 he organized mini tour with DJ Jackill /FutureBeat Czeck/. From 2002 till 2007 year he had gigs around Bulgaria and he has been invited to run his own radio show “Technicians” supported by tribalmixesdotcom /USA/. In the beginning of 2008 he and his buddies dirtYtribe and Tribz bought Vestax DJ equipment and two Apple MAC'books, believing in the future generation of the digital dj style and mixing. Soon after that the trio found dirtYSound Records Label. From the beginning of 2010 he start producing at more serious level than the past. Soon after his moving to Sweden Technician has been invited from the german’s minimal master Fritz Fridulin to join Going Nuts Recordings and their first release ‘GOING NUTS’ reach the 30th place at BeatPort top 100 minimal releases chart.. and that’s just the beginning Next invite doesn't wait any longer and now he is one of the artists at the great Turning Wheel Rec. swiss techno label. As his own production Technician's spin sound is modern minimal techno with melodic, percussive and deep elements....which is groovy...dancy....pumpy...energy and sometimes even hardy One of the most incredible gigs where he played at is The Renesanz Metamorphosis Festival supported by Renesanz Rec. At the legendary techno club COMICS in Varna Bulgaria he played next to Kobbe /USA/ and Emrah Celik /SE/. Another huge event where he take a part is the insane Spartaque /UA/ after party at the famous and cool beach bar LaPlaya Varna, BG. For one great year he is a resident at the techno club ‘Label 69 Underground’ Burgas.BG Inspired by Citizen Kain, Adam Beyer, Umek, Richie Howtin, Dataminions, Microtrauma, Egbert, Ida Engberg, Luciano, Joris Voorn, Dubfire, Gaga, Peter Bailey, Chris Liebing, Gary Beck, Victor Calderone and many many more...Contact: http://www.facebook.com/techniciandj mail - techniciandj@facebook.com skype - usualsb