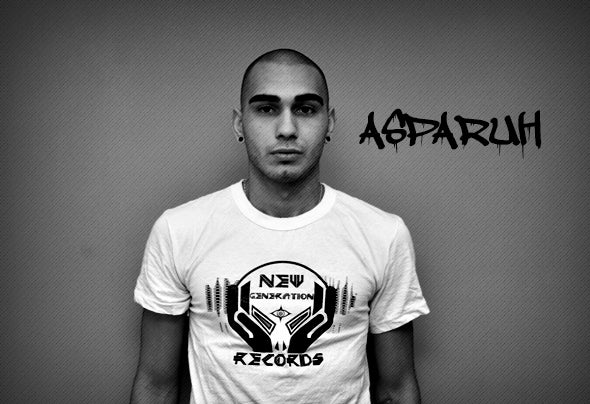 Asparuh a.k.a. Asi was born and raised in Sofia, Bulgaria .His love for electronic music started with The Prodigy, when he was only 6 years old.Years from then he started mixing.His first DJ performance was at club Faith and the year was 2010.One week after his first party he was signed with ''Jam Recordings " which was followed by a number of parties at Club Lifehouse and Spacer club.By the end of 2010 he had already shared the stage with artists such as Min & Mal and Gymmy G.In the beginning of 2011 the techno duo Asi & Fartech was born. First they played at the best undeground music clubs,later the duo decided to organize events with famous artists. They won the heart of the crowd and became very popular in Bulgaria’s underground musicc o mmunit y .For a year Asi & Fartech played on the same stage as Lorenzo D'Ianni, Chris Lo, Microcheep & Mollo, Truci, Marika Rossa,Angy Kore, Manu Sami, Balthazar & Jackrock, Dj Lion, Aiho, Momo Dobrev.While doing this they also started producing their own music.The first tracks 'Techno Nation' and 'Pastet' made an extremely good impression on the fans.Later in 2012 Asparuh a.k.a Asi started his own label called - New Generation or also known as NGRecords. The idea of NGRecords is to help young talents prosper.