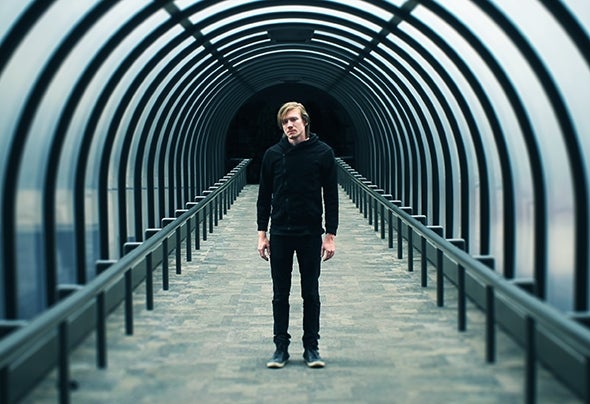 Asher Perkins is a DJ, producer, and traditional Irish accordionist from Detroit, MI. Growing up with parents who had instruments instead of jobs,Asher spent much of his childhood experimenting with music. During his early teenage years, Asher discovered Detroit techno, and began taking inspiration from producers and composers living only a few miles from his home. As he further established himself in the music community,Asher began to work regularly with many of his earliest inspirations.Asher has crafted a sound that is as unique as it is captivating. With bass-heavy drum patterns and cavernous, atmospheric synths,Asher’s music pulls the listener into another reality, where you never know what might happen. In performance, Asher attempts to utilize technology which provides him with the greatest amount of “human” control over the sound. With a setup that is nearly as flexible as the acoustic instruments he grew up with,Asher believes he can put as much emotion into his music as is currently possible within the electronic realm. In Asher’s words: “I’m feeling the emotion from the crowd, and putting it back into my music. Then we’re really having this shared experience which can’t be recorded or described.”