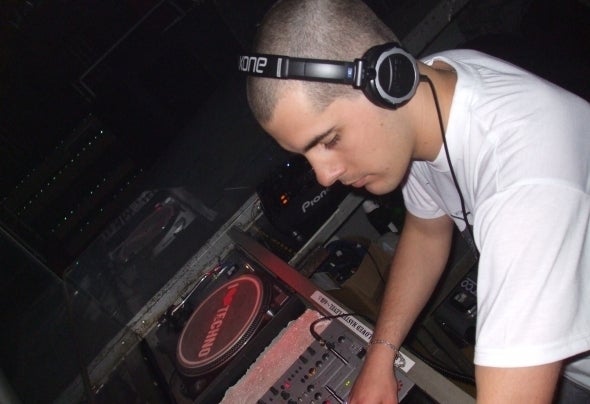 Domán Márton (Warped) was born in 1991, Debrecen, Hungary. He was a big fan of Techno music and had interest for the technics of the mixing with turntables. He collected vinyls (which is his true love today as well) and was in love with the works of T he Advent, Chris Liebing, Marco Bailey, Gaetano Parisio, Rino Cerrone, Wla Garcia, Danilo Vigorito and many others.Their works both djing and producing had a huge impact on his life and lead his way to chace his dreams.At age 16 he got his first setup and a chance to play at the legendary Club M47 in Sáránd and dream started to become reality. Later he became a resident of the club and played together with the likes of Gayle San, Tomy DeClerque, Chris Colburn, Dejan Milicevic and more. In 2010 he started to producing his own tracks with his friend, Neville. Their collaborations got them into some great labels like Patterns, Elektrax Recordings, Achromatiq or Resorted Recordings.Also they got the chance to work with some of the biggest talents of the underground scene like Sutter Cane, DavidChristoph, Destroyer, Israel Toledo, Frau Anke, Destroyer, Peppelino and many many more. Also got a big support and help from label owners and music partners like DJ-Hi Shock, Realsortis, Peat Noise and R. Cooper. He's solo carrier as far as djing goes also included a multi year radio show host role on Hungary's finest underground radio, JustMusic.FM. In the future he's planning to keep this up and make even more contribution to the Techno scene.