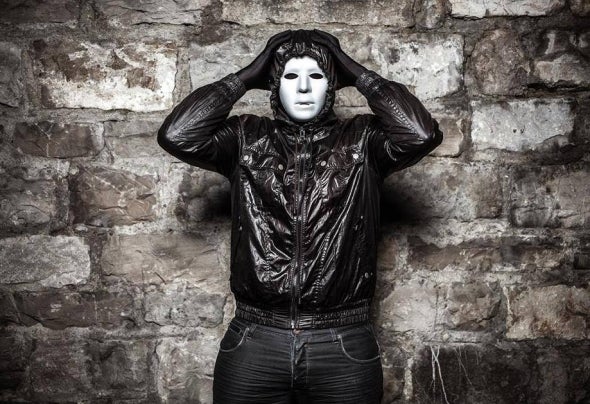 Damian Deroma plays a mind-blowing style of techno, dressed in a white and emotionless mask, so that the surface disappears and the music speaks and conveys its feelings to itself. Attracted by cutting edge technology, while being nostalgic about analog machines, he likes to combine both, to create a new form of auditory synapse, reach the transcendent perfection, hoping to connect all the listeners to a spiritual and musical orgasm.His first full album "Human Perdition" out on the Swiss label, Slim Records, will be charted and played by Simina Grigoriu in October 2011. It was also supported by: Richie Hawtin, Slam, Paco Osuna, Matt Heize, Renato Cohen...The last EP "Straight Line" out on Achromatiq, was also played by Adam Bayer in mayday festival.The EP "Memories of an Invisible Man", which is a little bit more acid, out on the Australian label Hypnotic Room, was played by Richie Hawtin, Carl Cox and Ramon Tapia.Damian is also a resident dj at "La Gravière" in Geneva, Switzerland, the most underground Techno club in this City. And he already played next to: Pär Grindvik, Oscar Mulero, Pfirter, Rebekah, Reeko, Slam, Psyk, Marcel Dettmann, Claro Intelecto, Hans Bouffmyhre.