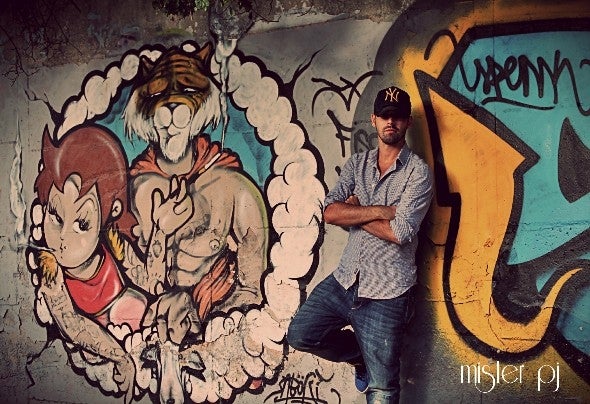 Macagnone Emanuele aka MISTER PJ was born on 22/08/1985 in the city of Palermo that characterizes it by its colors , perfumes, art and culture. The sound brought by Mr. pj lies in the union of sound segments typical underground and by ' love for the funky soul , taking ideas , developing and sounds inspired by purely old school chicago house- Deep house and Detroit techno . Important growth and development of ideas takes place at a very young age with the ' friend dj producer CASTO , where ideas are blended with techno sounds more funky House and in the future . Important training and supporter of the movement , and old school vinyl, evident in their productions using old sounds from the famous cars that made history in recording studios around the world , and analog bass deep groove tech , chicago house and vocal sample are the calling card for each piece produced . In 2012, along with his debut as a DJ CASTO Egineers and producer for the project of the twentieth anniversary of the ' original song FEELS SO RIGHT created in 1993 by the historic and legendary dj new york " VICTOR simonelli ." Another important job where his debut as a producer is to the eponymous track "this is amazing" Raf n ' soul feat Charles McDougald . For the label " Doubleincrec " creates one of the first realese with the name "deep connection" . In 2014 working together with DJ casto e giovanni cascino "keyboard and piano" for the label "drum rec" London for the remix of stones & bones juju, for the track "im 'a new girl" with the voice of Diana barber wallace, remix is important with the voice of "sandy Spady " new york " ON IT ",R&B artist she went on to work with notable producers such as David Anthony, (Britney Spears, Janet Jackson) and Vada Nobles (Faith Evans, Lauren Hill),with the voice of "Natasha Watts",Jesse james “Down”. Currently several projects are in place as proprire productions and collaborations , executed in the studio with passion.