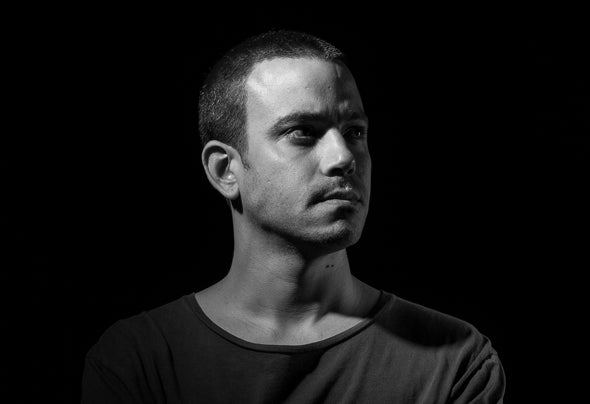 Maae starts his profesional career in 2000 in Barcelona. Since his beginnings all his sets have had a manifest influence from Techno, following the new movements and showing up the most avant-gard side of music. Throughout his career, during his residences in Clubs such as Blau Club and Zoom Club, had the chance to do the warm up to artists like Ken Ishii, Surgeon, Alexander Kowalski, Ben Sims, MissDjax, John Acquaviva, Marco Nastic, Alex Under, Rino Cerrone, Marco Bailey, Christian Smith, Roman Flugel and more. All this hard work took him to Clubs like ROW14 (Barcelona), Florida135 (Spain), Rachdingue (Vilajuiga), La Sala del Cel (Girona), KGB (Barcelona), and many more. On his coming out with TMM Records, his huge tracks Betroit and Kamon were played by well-known artists on the Techno scene. The EP got to the Top 100 at Beaport, reaching the 21st place on the charts, as well as it happend with his debut with Definition Records (Christian Fischer label) with his EP Final Destination.At the beginning of 2013 he creates his own label Metodiq (www.metodiq.net), dedicated to circle his particular visión of the contemporary Techno music with Support by Alex Bau, Joseph Capriati, Nicole Moudaber, Alex Di Stefano, Slam, Paul Ritch, T he Advent, Sam Paganini, Spartaque, Audio Injection, Tomy DeClerque, Spiros Kaloumenos, Rino Cerrone, Axel Karakasis, Steve Mulder, Filterheadz and more MAAE still being a huge driving force of the Techno scene in Catalonia, and his constant evolution, along with his experience, predict a rising and promising future.Always connecting with his audience, his sets can be defined by a very personal and dark sound, going from the most minimalistic and exclusive Techno, to the most forceful and electronic, ready to make people feel the sounds and hit the dance floor.Also important to stand out all the support received from artists like Slam, Nicole Moudaber, Sam Paganini, Luigi Madonna, Sasha Carassi, Spiros Kaloumenos, Alex Di Stefano, Stefano Noferini, Christian Fischer , A.Paul, Drumcomplex & Roel Salemink, Hollen, and many more.