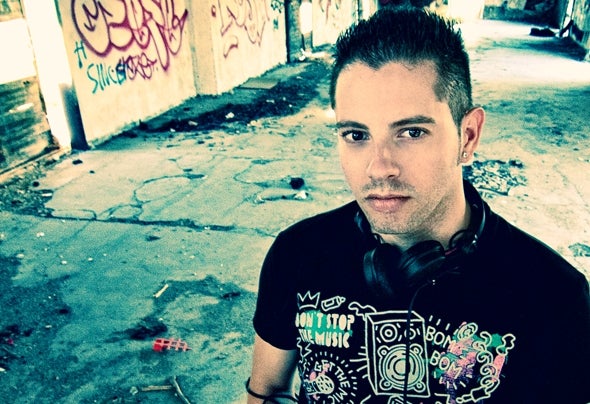 Born in 1982 in the city of Murcia (Spain) and at 14 he became interested in the music world. Throughout his musical career, he has traveled to various styles within the electronic music and dance ... Although eventually ended preferring the house and its variants such as the Tech-House, Techno, Minimal and Tech-House-club. In his sets, is defined as an innovative, emphasizing its elegance and rhythm at the same time shows power and melody. Rubén Sánchez is distinguished by its sessions with varied rhythms and dances that reach more people and their bases with percursiones powerful. This Dj has made great collaborations with radio stations of great relevance in the electronic world, as the station INERZIA FM, LOCA FM and sharing the stage with great Dj's of national and international scene as RUSS GABRIEL, OSCAR L, Alfredo Pareja and many more. In 2010 Ruben Sanchez, is fully immersed in music production, to try to find a place among so many great artists, and getting support in their productions and remixes, the best DJs in the world as: RICHIE HAWTIN, LUCIANO, Presslaboys John Selway MASTIKSOUL, Audiojack, Francesco Farfa, ANDERSON NOISE, Shinedoe, DARIN EPSILON, TONY THOMAS, Prudo, GORAN MEYER, NICK CHATELAIN, SERGIO FERNANDEZ ... and much more .... In September 2012, Ruben Sanchez creates, with artist WARZ, his own record label called UNCENSORED RECORDINGS, which will be talking about in the electronic scene concerning the Techno and Tech-House