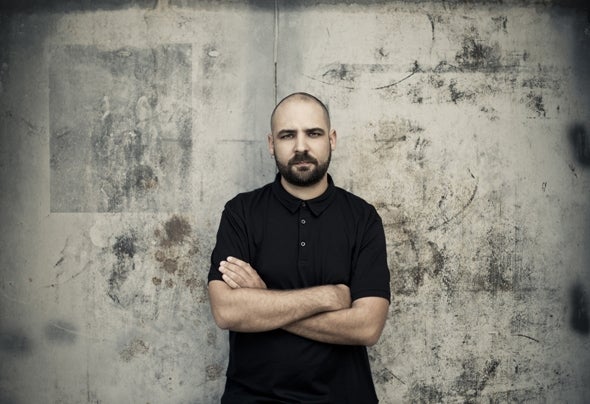 Dave’s first contact with electronic music was during the nieneties, with EBM and electro pop as main influences. Those leading points directly made his way into electronic dance music, first as a clubber and fron 2000 as dj in local raves and parties.He starts studying sound engineering, and shortly after decides to begin producing music himself.After finishing the degree starts working at Rec. Division Studios in Madrid, until he founds his own studio in 2006. Acting as sound engineer and teacher.His first musical output comes in the form of Play the Game, a tech house duo made, playing live all over the country and gaining quick local success, touring non stop until 2010 when the duo dissolves.After that experience he goes his own way releasing in a lot of labels from around the globe under his own name.Nowadays he is making his way also as a promoter, leading the MOTEL club in Madrid, one the most popular dancefloors in town, with his fellow and part ner Simón García, anot her well known Dj and producer. During this last months, artists such as: Radio Slave, Mathew Dear, Ame, Sasse or Kink played the venue.As a producer ha has dig into remixing as well as into original tracks, the list is wide working as a remixer for Julian Sanza (20/20 vision, Silver city) Ralph Lawson’s keyboard player, the brazilians Boghosian & Torquato ( Cecile, Yoruba ), or publishing his own tracks in labels as Highway or Potolbolo. His recent release on Alma Soul ‘The Preacher’ made a lot of noise recently.As well as doing mastering duries for a lot of producers like: Hd Substance, Michel De Hey, Phonogenic, Simina Grigoriu, Tadeo, Afftk, Dubshape, Xpansul, Tim Baker, Butane or Jairo Catelo amongst others.