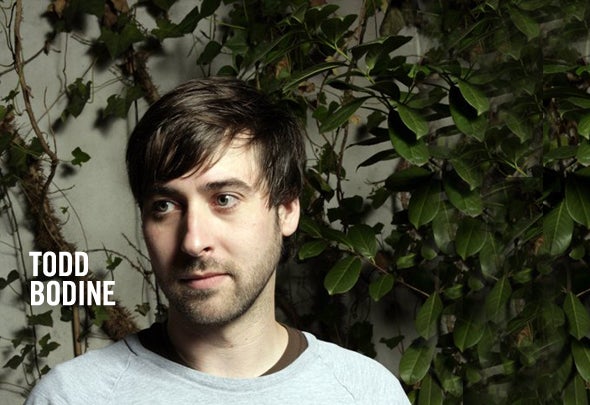 TODD BODINE Born in Berlin, Todd Bodine is a musical child par excellence of Germany's capital of electronic music. Strongly influenced by the atmosphere after the fall of the Berlin wall he took his first credits as a resident DJ in the world famous Tresor Club. The place where he performs his actionloaded DJ-sets once a month untill today. But that's just one side of Todd's musical activities, being a DJ on the floors of international known clubs in Barcelona, Paris, Tokyo or Rio de Janeiro, just to name a few. Beside this career he's active as a producer since the year 2001 - and that with great success. At the beginning stood releases on the Berlin based Cabinet Record, followed by releases on Tom Clark's Highgrade Records, the swiss Morris Audio label and last but not least: Tresor Records. With Tom Clark he shares a longterm creative friendship, which is by all means not the only reason why Todd Bodine is an essential part of the Highgrade-artists-family, thus beeing one of the most profilic musicians from that label. Beside several EP's, Todd Bodine allready did two albums: 'Different Engines' was released in 2005 on Morris Audio, followed by 'Surfaces' one year later on Tresor. Two hihglights in Todd's discography for sure, but clearly not the end. Other EPs on Treibstoff Records or Claude van Strokes Mothership label are belonging to his portfolio too. As well as a couple of remixes and releases on international known labels like Immigrant (Manchester) or Sub Conce (Spain). As if this is not enough, Todd works together with several musical buddies: Dub Taylor (a.k.a. Tigerskin), DJ FX from Berlin or the Frankfurt based Highgrade-newcomer Ludwig Coenen. In march 2007 it was about time to take the next level of putting his musical visions into practice. After half a year of preparing it, Todd began to perform as liveact. He started this with a big bang - with playing live at Berlin's finest - the Panorama Bar. Another very successfull project of Todd was born. So he plays for instance both as a liveact and as a DJ across many floors all over Europe on the 'Our Thing' clubtour 2008 to the Highgrade jubilee. Without a doubt Todd Bodine has his own place in the rows of Berlins most important producers - on the one side as a heavily booked DJ, on the other side as a profilic producer or as an energetic live performing artist - whatever he's about, 'it has to rock!'