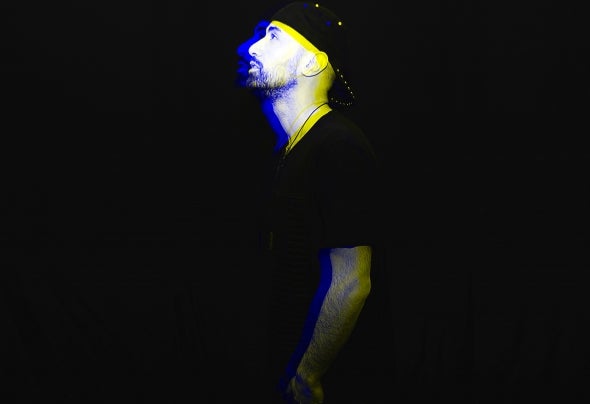 Atochi approached to the music in 1998,when he was fourteen years old.Since the apparitions begins to realize that his musical research is focused towards those sounds appealing electronics. In 2003, when he was 19 years old, he began to be part of the project Why Not starting to play at Club Mono with artists such as Samuel L. Session, Danilo Vigorito, Rino Cerrone, Alex Under and many other national and international caliber.After just two years, exactly in the 2006-2007 season, atochi and its main promoter, become an active part of the International Talent. In those years there was the market success of a new style called "Napoletango" or "Shuffle Napoletana" created and performed by all the artists Neapolitans as Joseph Capriati, Rino Cerrone, Uto Karem. In those years Internation Talent allows atochi to play in important stages as the birthplace of the Italian Techno as Old River Park, Disco Ennenci but also other important venues such as The Old Farm and many others.Atochi is constantly making Warm Up with important artists such as Dave Clark, Jeff Mills, Paco Osuna, Oscar Mulero, Chris Liebing, Speedy J, Joris Voorn, Shinedoe, Renato Cohen, The Advent, Technasia, Dosem, Joseph Capriati, Cristian Valera, Steve Rachmand.In the wake of Napoletango in 2008 created a record label called "OVERDRIVE MUSIK."Overdrive Musik presents itself immediately as a success, the first 4 releases enter the top 100 beatport downloads and the apex of the first market success was the publication of the first vinyl ep Kozzuto Pulp by selling all copies and reaching the digital all four tracks in the first 10 of Beatport. Atochi grows and is also playing around Europe with a date at The End in London.Atochi keep on working and to refine his taste in music, he separated permanently from now felt and resented Napoletango to begin producing and playing a music of its own, which many artists define completely new and different, so much so that the head of a 'major labels like Opossum Rec wrote: "When I feel your music I Became too happy" referring to traces like Freedom, Less, Mr909. Her new music has within himself all his evolution and his musical journey, his music is not techno and even house, but a fusion of both, featuring full-bodied grooves, melodies, synths and electronic items.Atochi able to sing in front of 4000 people Festival or in small clubs and warm. In these clubs Neapolitans which compares front of his people supporting the time even his close friend Joseph Capriati. Overdrive Musik continues the work and four years calling in their roster important artists such as Tom Hades, Someone Else, Mihai Popoviciu, Kiko, Ronan Portela, Deepchild, Mladen Tomic, George G., Luigi Madonna, Dejan Milicevic, Jussi-Pekka and many others reaching 35 release.Beatport with each release puts Overdrive Musik in recommended exits and the ultimate success you have with the track called Hurt Me remixed by Mihai Popoviciu and charted and played by artists such as Dennis Ferrer.