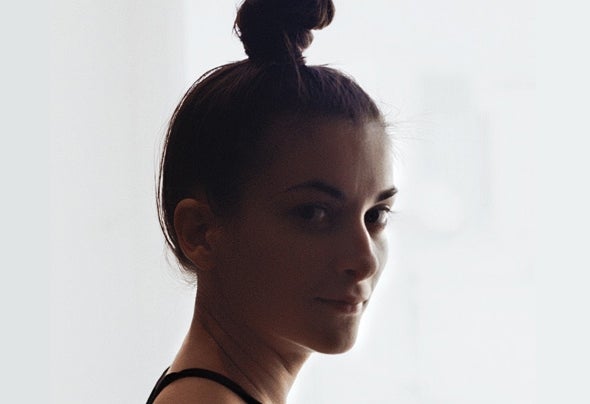 Julia Govor was born to move people. She made her debut performing in a small military town in Abkhazia, which led to her becoming the cassette-DJ at the town's nightclub. Every Saturday Julia was on stage performing new songs by Russian singers. She soon became the lead singer in the locally-famous military band, Moryachka. Still sharpening her mixing skills, she began using Paul White's elegant silver Tascam to play pop songs by Sandra, Mr. President, 20 Fingers and other 90's pop divas. In 2000 she moved to South Russia where she became a bona fide DJ, playing CDs and mixing on a Vestax PMC01A. Julia was deeply inspired by the techno artists she'd been playing with and began to produce herself. She honed a sound which boasts distinctly resonant frequencies alongside uncommon melodies and her tracks were subsequently snapped up by Visionquest, Get Physical and Hypertone in 2011\12. Relocation to New York saw Julia perform alongside Jeff Mills, Richie Hawtin and Adam Beyer at Output, Time Warp, Awakenings, BEMF and Electric Zoo. 2016 saw her gain the support of Ricardo Villalobos, with releases on Cocoon and Russian vinyl only imprint Body Parts / Mind Series, and a remix of Villalobos. 2017 was a year of releases for Julia with solo records on Akkult and Rhythm Cult and collaboration EPs with TMZ on Second State and Seth Troxler on Boiler Room Recordings, leading to a string of respected festival appearances including Awakenings, Melt, Sonus and Neversea. 2018 was Julia’s year to ignite her imagination and create a new conceptual imprint, JUJUKA, on which the first release dropped in September 2018. JUJUKA is a multidisciplinary art project that exhibits comic graphics by London-based Illustration duo Le.BLUE. Each release comes with a humorous comic about dance music culture. In 2019 Julia will begin touring the ‘JUJUKA Experience’ with events across the US featuring visuals and diversely curated line-ups, always with an atmospheric offering unique to each event. At the core of Julia's music and DJ sets is an ever-present element of emotional truth and a quest to redefine her audience’s relationship with beat. Simply put, she firmly believes in churning out sexy techno grooves with dramatic expressions and select layers of sound. Not to forget the boundless charm and ambrosial melodies. That is, in a nutshell Julia Govor.