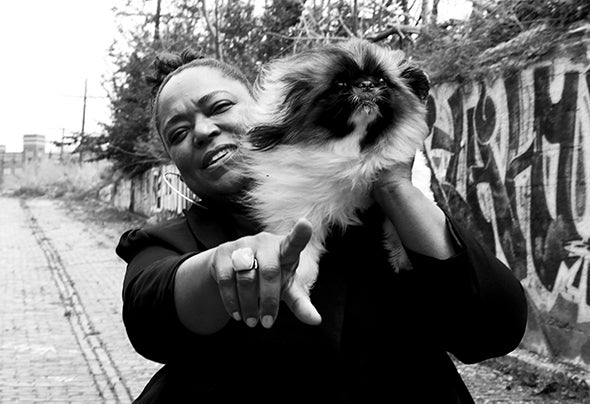 K-HAND is one of Detroit’s true legends. For close to three decades, the Motor City native has stood as an oft-unsung champion of the sounds that have defined its landscape. From soulful, sample-heavy house with more swing than a large playground to gritty, motorik techno, she has notched close to 50 EPs and albums on her longstanding Acacia Records since she launched it in 1990. Not only that, she has released extensively on revered labels over the years including Warp, Tresor and, most recently, on Nina Kraviz’s трип (Trip).Last year, K-HAND – real name Kelli Hand – was named “The First Lady Of Detroit” by the city in a ceremony that took place at the Coleman A. Young Municipal Centre. To date she is the only Detroit artist to be given the "The Testimonial Resolution Award", an honour that will stay in the city's records forever. Being acknowledged for her role as a techno pioneer and "her skills within a male-dominated industry”, the ceremony recognised Hand’s previously underceleberated importance to the scene to which the dance music community owes so much.While K-HAND has not slowed down once in all the years she has been a part of the global scene, it has been in the past couple of years, and particularly since 2017, that it appears her significance has been celebrated on a more appropriate scale. While she has always been rightfully ranked among her Detroit contemporaries Jeff Mills, Robert Hood and Juan Atkins by the discerning DJing community, it is only now that a wider, international audience seems to be truly, fully discovering her immense influence.