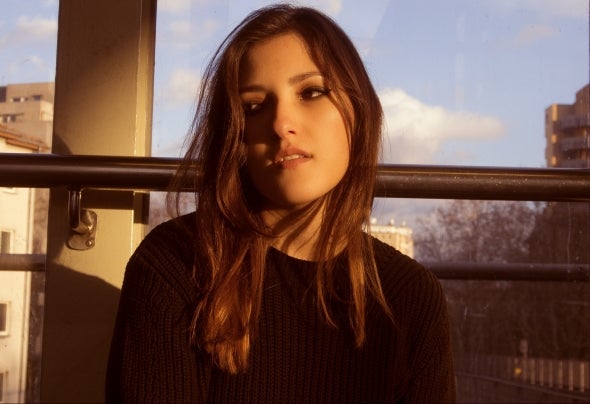 An emerging talent of prominence hailing from Mexico, Lokier, as a DJ & producer is cutting a stream into the estuaries of industrial, EBM, techno and electro afixed with minimal wave, Italo disco and its denounced varieties. While running the gamut of Berlin’s underground, from off-location raves to Panorama Bar klubnacht sets courtesy of Mannequin Records, her breech into the European circuit, although clandestine, has seen Lokier gain familiarity, further expounded through spots on Rinse FM and a Brokntoys podcast. With mixes further afield dotted around for Digital Tsunami and The New Brvtalism, Lokier’s diversity in style throws down an array of dramatic soundtrack moves for the dancefloor, weirdo synth, and power electronics. Having sets marked down in Den Hague, Kaiku Club Finland, Berghain’s Säule, New York’s Good Room and Rex, Paris, Lokier is as much a stranger to the main arena setting of Village Underground in London as she is in the outer city labyrinths of Milan’s Macao club. With a production front now hitting its stride following a debut record for Rotterdam’s Pinkman, her early associations came through Les Disques de la Mort, London’s Throne of Blood (as She Made Monster) and Boyz Noise Rec. Presenting a high voltage kinetic between heavier body music and the intergalactic romance of new wave, her tracks over the years have made their way to the edit pits of Mick Wills, Solar’s giallo horror platform Squirrels on Film, to aufnahme + wiedergabe, and even UK major Skint! Amid the regalia of gothic, wave and post-industrial music, Lokier’s plunge into the deeper esoterics of this sound only adds a fresh and inspired ethos to her work, aesthetic and vision.