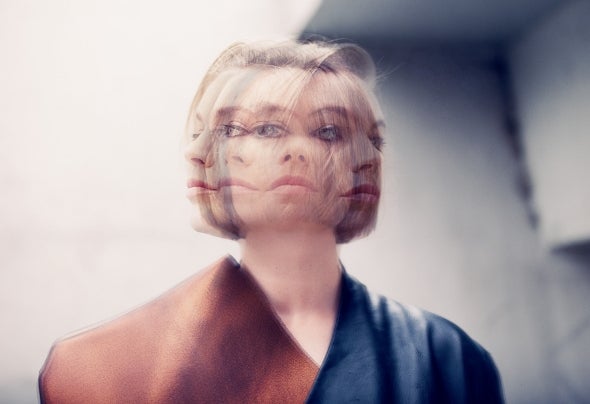 Emika has her own sound and is following her own path. Since the turn of the decade she has been producing electronic and neo classical music, combining her skills as a sound designer, classically trained composer, and prolific singer-singer writer, she has released 6 critically acclaimed albums to date and works independently running her own business Emika Records. Born in Milton Keynes, England, from a British father and Czech mother, she started making music using a 4-track cassette recorder as a young teen, combining classical piano, electronics through sampling techniques, getting her first job at her friends’ local recording studio. She later went on to study Creative Music Technology at Bath Spa University to learn the art of record production, while living in Bristol and discovering the cities early bass music scene which would later evolve to become the now world-famous dubstep movement. As a postgraduate student she moved overseas to Berlin to work as a Sound Designer at one of the leading global music tech companies, Native Instruments; developing products for producers and DJ’s alike. She collaborated with internationally known Techno club, Berghain; to record an archive of field-recordings inside the club which were then used for their 5 year anniversary release, ‘Fünf’ (2010). She signed her first two albums ‘Emika’ (2011) and ‘Dva’ (2013) to UK indie label Ninjatune which both received critical acclaim in the music media and personal support from Mary-Anne Hobbs and Thom Yorke who stated on his BBC 6 Music radio show in 2012, ‘I hope she (Emika) becomes very famous’. Her bass-heavy, edgy songs with her mix of piano and sultry breathy voice, had now become her synonymous trademark. In 2015 Emika established her own imprint Emika Records and continues to develop her work in electronic and classical music, embracing the creative freedom which came with such a venture and using this to push new classical music forwards and experiment with the blueprint of being a Berlin DJ. Some of her solo piano works from her album ‘Klavirni’ (2015) have been streamed more than 15 million times on Spotify. She developed a strong connection to her fans via her social media platforms and live performances and through their support, her first full symphony ‘Melanfonie’ (2017) was crowdfunded via Kickstarter where she received €25,000 from fans in a 3 month period. She was able to hire the city of Prague’s 50-piece Philharmonic Orchestra and explore to her Eastern European roots as inspiration for the piece. As a performer, Emika takes to the stage with her piano, synths, voice and custom-made tech set up. Combining her skills as a sound designer, classically trained composer, and prolific singer-songwriter, she presents music from her latest album ‘Falling In Love With Sadness’ (2018) and loves to improvise live, reinventing previous material from her 6 previous albums. She recently sold -out the Berlin-Zeiss Planetarium (2019) with her unique live show featuring 360° dome visuals and surround sound. The show received great reviews from DJ Mag, Uncut, and BE-AT.TV. She has toured across the USA, China, Russia, Mexico, and Europe several times, performing at major music festivals such as Glastonbury (2016), Atlas Weekend (2019), and she was invited twice to perform at David Lynch’s club Silencio (a homage to his film ‘Mulholland Drive’) in Paris. Emika has been remixed by Marcel Dettmann, Brand Brauer Frick, Pinch, Rebekah, and has made remixes herself for Len Faki, Amon Tobin and Fink. She has collaborated with Hank Shocklee from Public Enemy who executive produced her album ‘Dva’, and The Exaltics who co produced her album ‘Falling In Love With Sadness’. Her music and voice from her song ‘Professional Loving’ was sampled by The Weeknd on his song ‘Professional’, which was performed live on Jimmy Kimmel, State-side (2013). Her music has been featured in films such as Spielmacher (Warner Bros – Germany, 2018), Bad Banks (ZDF, 2018) and the film trailer for Mission Impossible 4 as well as USA hit TV series The Blacklist (NBC, 2013) and How To Get Away With Murder (ABC, 2016) including a feature on the popular game Wipeout from Playstation. She has received chart success with her icy electronic cover if Chris Isaak’s ‘Wicked Game’ which reached no.2 in the USA iTunes charts and no.1 in Canada (2013). Since the start of this year she has built a new music studio in the forest surrounding Berlin and is researching how to build an eco-friendly ‘earth-ship’, intent on using her creativity to change her lifestyle and business to be more in harmony with the planet.