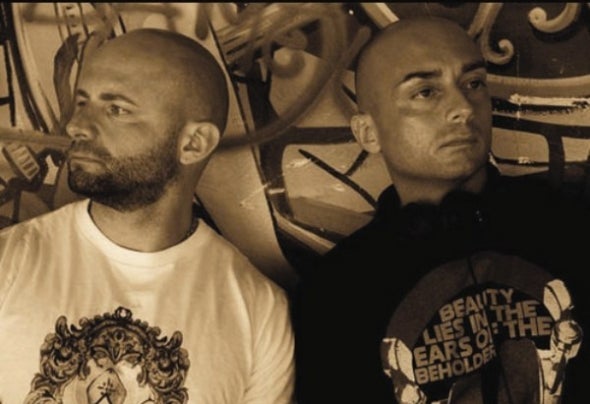 Naples is a hotbed of electronic music talent right now. Marco Carola is the most obvious exponent of the city’s penchant for eclectic sounds, but a host of other adept DJs and producers are starting to emerge from the city, making their presence felt on a national and global scale. Pierluigi & Gianluca Di Tonto AKA Brothers in Progress are two such individuals.Born and raised in the city, the brothers got their hands on their first set of decks at the tender ages of 14 and 17 respectively. As brothers tend to do, there was simply no question of one being in sole control of the ones and twos. With the benefit of hindsight this proved particularly influential, as it opened the door for a most interesting dynamic, a dynamic whereby their collective musical influences soon became intertwined. As partners, they mastered the craft of DJing together, honing their skills in a back-to-back fashion they practice up to this very day.And as their obsession with house and techno intensified, so did their longing to create their own sounds. Keen not to rush the process, they spent years labouring behind computers and analogue equipment, scrupulously analysing the complexity of sound and only putting their hand to a record once they were certain it boasted all the hallmarks of a dance floor gem.When the record did come out, it made an immediate impression, with the ‘Shell Shocked’ EP signed to seminal Brazilian imprint, High Definition. With a remix by Sami Wentz included on the package, it proved the catalyst for further productions to come on further esteemed labels such as Monique Musique and Timid Boy and Acumen’s Time Has Changed. And as you’d imagine from a duo that have released music on Brazilian, Canadian and French labels, theirs is a sound that resonates across the globe, with its penchant for intricate textures and flair-laden hues a sure fire winner on any dance floor.Having played alongside the likes of Robert Armani, Derrick May and Luke Slater over the years, and with a residency at much-vaunted Naples’ Woo! party a current endeavour of theirs, the brothers skill behind the decks is unquestionable. With more releases (both on digital and on vinyl) and more gigs planned for the future, the brothers may be showing clear signs of progress, but it’s a transition that’s well worth getting down with.