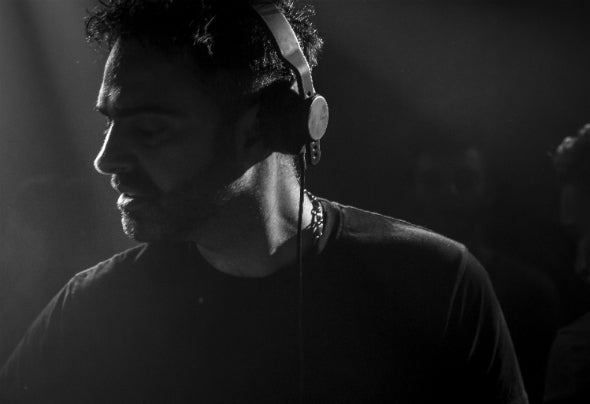 Dj since 1992, born in Belgium in 1980. Lover of music since then he never stopped even for a second to think to it.Bimas Junior was born in 1980 in Mons, Belgium. He started loving music when he was a little boy by dancing on his father’s vinyl discs (wrong thing, he says!). As a teen-ager, he stopped dancing on discs and began listening to their sound, spending hours by the turntable, and remaining astonished on how a simple stylus could produce such a melody from a piece of plastic. When 12, along with his friends, as a play, he foundthat mixing, cutting and pasting music could be fun! But soon the fun became a hard work, as he was using tapes on 2 analogic cassette decks and a small mixer to do the mixing. One day, at a friend’s house, when for the first time he saw 2 turntables, the music really changed! So, he set out on a journey to becoming a dj, by presenting his selected music at various feasts and pubs in his home area. Day after day he realizedthat the music and him would never and ever separate. In 1998 he felt unhappy of simply mixing from vinyl, so he started exploring the idea of creating his own music that made him feel good. He began crossing the way to the music’s creative world and made his first experience in a little recording studio in Bologna, Italy. In 2000, together with friend Maks L.M., they were able to get their first vinyl printed. Bimas, whoseartistic name is the short combination of his first and last name, kept producing music in the little recording studio created with Maks; he went through various musical styles and sounds, from dance to trance, including techno and house music, pop/rock, chillout and new age. On his journey, t he guit ar became Bimas new love and a push to exploring the inmost of music to complete himself. The artist stated “I felt incomplete without a musical instrument by my side”. In the following years and now, he is still knowing and collaborating with more and more people and artists of the discographic field that mean so much for his artistic education. As a dj, Bimas doesn’t go by all the rage or music trends; he simply presents and proposes the contemporary music he is fancy of and so far he meets appreciation at large. Bimas masters the ability to shift from the most aggressive sounds to deep or melodic ones with elegance and style. He is also influenced by some tribal sounds, electronic and power grooves. Bimas doesn’tstick to a whatsoever model or idol, and he is free to appreciate anyone who can express their feeling, pleasure and fun with their music, no matter what kind. Bimas uses to say: “If I loved only one kind of music, I wouldn’t have a future with it!”. Bimas holds two certainties in his life: his family and his music.