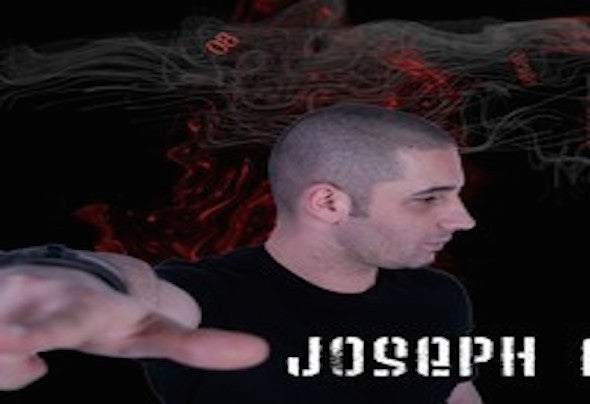 Born in Naples (Italy) in 1974 he has his first contact with electronic music at the age of 15 after getting a closer friendship with a guy that owned a pair of Technics 1210 and then ours spent every day learning the art of beat-mixing, until a year later Joseph gets himself a pair of decks and he becomes resident to all his friends parties.In 1991 joseph plays for the 1st time in a club, the CIAO Club (Naples, ITA) a total success, the owner was literally impressed by the skills of this young talented boy (at the time only 17) that he decides to offer him a residency in his club and this opportunity gave him the possibility to play with artists of the calibre of: Charlie Hall,Billy Nasty, Paul Dailey, Gayle San, Bandulu, Robert Armani, Space Dj'z, Darren Emerson, Richie Hawtin, Luke Slater and many other.In 1995 Joseph flies to London where he starts to study sound engineering and a little later he opens his first record label (Shingun Records) together with Andrea Jacobsthal, another italian producer that understood straight away where Joseph was going with his music.The production experience made Joseph Ala more confident, thanks to the style he has developed but also to all the good responses he has been receiving from all around the world, considering his chart positions throughout the years.As the music was fusing, generating the minimalistic phenomenon, Joseph adapted his style to it, however never loosing his techno roots, and that's when Soulmate Records was born.Nowadays Joseph Ala is a well established and respected artist with loads of experience behind him.