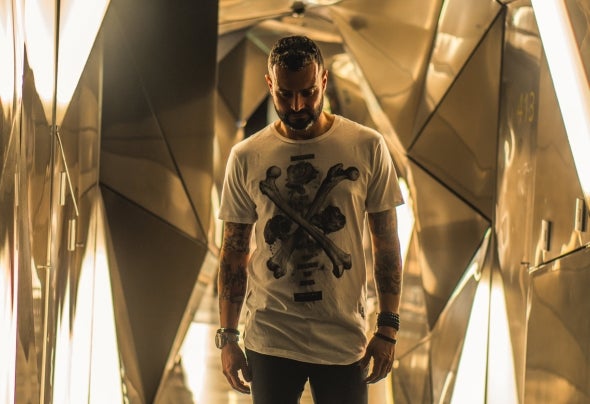 An overwhelming personality such as Gonçalo ́s indisputably gives results. The Portuguese, nowadays settled in Ibiza, is a restless mind as he has proved during his career. During 8 years he has been the key behind great revulsion of Andalucia ́s electronic scene from what was his base of operations, the capital of Seville. Gonçalo has marked a milestone in Seville, allowing its residents to enjoy, for the first time, performances from artists such as Michael Mayer, Jeff Mills, QBert, Afrika Baambataa, Locodice, Superpitcher, MANDY, Âme, Gabriel Ananda, Robert Dietz, Silicone Soul and Donnacha Costello amongst others, all of them guests at Gonçalo ́s events. His partnership with this autonomous community is tight and productive. He became Creamfields Andalucia ́s official DJ in 2009, and Dreambeach Villaricos ́official DJ and artistic director from 2012 onwards. Both events are the most multitudinous musical events on “Costa del Sol”, Dreambeach Villaricos becoming one of the e most important festivals in Europe over the last years.Internationally his presence and relevance are equally prominent in countries such as Portugal (elRow, Brunch in the Park, Gare Club, Kadoc, Neopop), Inglaterra (elRow, Café 1001), Alemania (Weekend, Tresor), Austria (Flex), Italia (L’Alibi), Holanda (ADE), Bélgica (Tomorrowland Festival, Cafe D’Anvers) and USA (WCMiami).As a producer, Gonçalo accumulates several years of studies at music school expressing his great musical knowledge on Alma Soul Music, also forming part of the label’s team. He has also released on Stereo, DPE, Amoeba and Clarisse, this last label being where he released his first EP by himself with massive support from important artists such as Carl Cox, Technasia, Nic Fanciulli and Joris Voorn amongst many others. 2018 will be his return to production, with several EPs that will be released on some of the most important current labels.