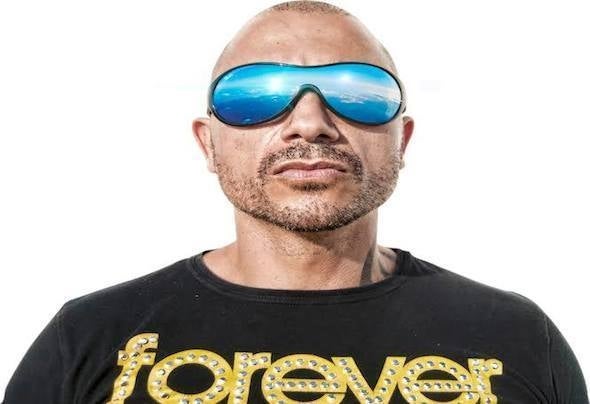 Mr Bosco is one of the biggest names nowadays in the spanish electronic scene with many different gigs that have made him play around the whole of Spanish that has made him become one of the most appreciated DJ’s on the island Ibiza as you can tell by the number of bookings, gigs and residencies he has had over the last 4 years. This includes In Bed with Space/Twisted, Xtrm@Pacha Ibiza, Usuhaía, Space Ibiza opening and closing events (2007-2010), We love Space (red box electronic set, Xtravaganza@Privilege, Scandal@Pacha Ibiza&El Divino Ibiza, among others. This has allowed Mr. Bosco to be in many different lineups, and to play alongside artists such as Dubfire, John digweed, Sasha, Radio Slave, Nicole Moudaber, Audiofly, Art of Department, Maetrik, Troy Pierce, Hernan Cattaneo, Danny Tenaglia, Fat Boy Slim, Cristian Varela, Carlcox, Nic Fanciulli, Paul Oakefold, Xpress2, Harry Choo Choo Romero, Deadmou5, Steve Lawler, Darren Emerson, Misstress Barbara, Christian Smith, Maceo Plex, Kaiserdisco, Uner, Technasia or Groove Armada... Today he is resident DJand artistic manager at MondoLoco Ibiza, the most powerful electronic party on a Saturday in Ibiza, where he is a crucial part of one of the most solid and attractive programmes on the island such as gigs with Pornographic in 2013 in PRIVILEGE, CV&FRIENDS PARTY, Bora Bora ibiza, El Row Ibiza, The Quarrier Ibiza@Gala Night and at the best Barcelona Beach Club: Mac arena Mar and Macarena Microclub. Also in 2012, he had his own Mondoloco party in one of the most famous Spanish Festivals: Electrobeach, Playing next to Dosem. The success of these nights and the solidness and versatility of his sets with his energetic personality has let him expand his sound in places such as Culture Club Bangkok, Tresor Berlin, Obsession&Midi- Rumania, Cesar Palace Lyon, La Storia Lyon, Suburbia Roma, Hollywood Milano, Ahjo Hels inki, Club Lime Phuket, Toxtex&Lotus Brasil, Avalón@Hollywood-L.A, Cuture@Los Angeles, Joseph@L.A and many many more... Due to these facts he has been nominated at the DJMAG awards in the categories of best DJ in Ibiza and best national DJ in 2008- 2009-2010. Also, he is part of Maroto & Bosco, his new Techno Projet with his partner and friend Paco Maroto, in which they intend to unite their large musical background and create a synergy of sounds full and rich in tone and depth. They're also on a quest to achieve new goals and to contribute and shape their interest in music, while transforming all of theses far-reaching sound sensations to another level. T here have been long months of hard work and commitment to shape and mold their ideas and to be able to offer unique insights into the current techno scene, bringing a new personal view and quality. For their debut they presented to us their first release, "The Hacker EP" published on Mr. Cristian Valera's label, PORNOGRAPHIC, two original tracks EP supported by artists such as Maetrik, Spartaque, Umek, Nicole Moudaber, Markantonio, Just Be, Filterheads, Hollen, Wehbba, Gaetano Parisio or Cristian Varela. T he Future is Now!